Help us getting this show to the Edinburgh Fringe Festival!

We are raising £2500 for our theatre company, millennials and other terrible things, to bring this Essex Homegrown show to the Edinburgh Fringe Festival - the biggest theatre Festival in the UK!We have secured a performing space at theSpace on the Mile - the Mile is the location with the highest footfall during the month of August, and whilst the popularity of the location will help us with potential ticket sales and publicity, it also means that the costs for the production will be higher. This is why we need your help to bring this new piece of theatre to new audiences! In today's socio-political climate, plays like "10:31, MCR" are essential to encourage discussion around topics that are often deemed too sensitive to be talked about, as well as to challenge pre-existing thought-patterns that wrongly sponsor division and hatred. We need to be doing more to bring people together, and by donating to this project, you will be supporting the start of a cultural and artistic revolution that will inspire positive change! Interested? Keep on reading...

okay, but Who are you?

We are millennials and other terrible things, a theatre company based in Colchester that tackles subjects and topics that are sometimes deemed too "terrible" to talk about. These are our company members:

Fabiana Sforza, founder and artistic director of the company, is an all-round theatre worker, maker and lover. She graduated from Essex with a BA in Drama and Literature in 2017, and is currently finishing my Masters by Dissertation in Theatre Studies at UoE - which is where "10:31, MCR" was born!

Esther Malkinson, production manager for the millennials and Loughborough University alumna, is a freelance stage manager. She has managed three sold-out productions at the Edinburgh Fringe Festival already, and has worked with different professional theatre companies.

Chloe Atkinson, development co-ordinator for the millennials, is an Essex alumna and playwright. She graduated in 2017 with a BA in Drama and Literature and has since then been freelancing as a drama practitioner. Her play "Flat 2B" has been performed both at the Lakeside Theatre and at the Mercury Theatre.

Megan Sharman is a drama graduate from the University of Essex, actress and theatre maker who is currently training at Identity Drama School in London. She has acted in multiple theatre works, including 'Frozen' by Bryony Lavery, 'Closer' by Patrick Marber, 'Antigone' by Sophocles and 'Crime and Punishment' by Fyodor Dostoevsky. Most recently she filmed a crime reconstruction programme for Channel 5 and performed in a local to Essex scratch night with new work.

Ciaran Forde is an actor and theatre maker, originally from East London but currently studying MA Theatre Practice at the University of Essex. Ciaran has previously worked with the Almeida Theatre, Hoxton Hall, and has performed and directed homegrown productions at the Lakeside Theatre. He is currently a freelance practitioner, working with the Mercury Theatre.

Rio Montana Topley studied BA Drama at the University of Essex and is moving on to an MA in Theatre Practice. In 2018 she co-directed "Journey to Oz", the Lakeside Theatre pantomime, and has previously starred in "The Revenger's Tragedy", performed at the Lakeside Theatre.

“10:31, MCR” is the product of a year-long practice-as-research in the field of Applied Drama and Theatre and Education. This play is centred around the Manchester terror attack of May 2017, and its socio-political repercussions on the young people of today. The play shines a light on the extreme remediations of the attack, which have caused the rise of Islamophobia and racism in the country. After the success of the first two previews at the Lakeside Theatre in June 2018, I secured a performing space for a one-week-run at theSpace on the Mile, from the 12th to the 17th August. The Edinburgh Fringe Festival would be an incredible platform to perform “10:31, MCR” in, as well as being an amazing space to bring the Essex legacy to."10:31, MCR" is also one of the first plays to ever be written about the Manchester attack - by donating to this project you will help funding what could potentially be a starting platform for other runs on the play in different parts of the country! The need for plays like these is high at the moment, and this is your chance to get involved in something special and make a change!

interesting. but where will the money you raise go?

I'm glad you asked. If, with your help, we reach our minimum target, we will be able to finish paying for the rent of our venue. If we reach our maximum funding, your donations will cover all the costs and we will be able to re-invest the proceeds of the Edinburgh run into more runs of the plays in different parts of the country! Here is a breakdown of our budget:

Remaining rent of theSpace on the Mile for the run: £500 (including VAT)

sounds good - but will i get anything if i donate to the project?

Of course! We have some rewards for generous donations - check them out in the rewards section!

cool! are there any pictures from rehearsals/previous runs of the play?

Yes! Have a look at some cool production shot from our preview nights: 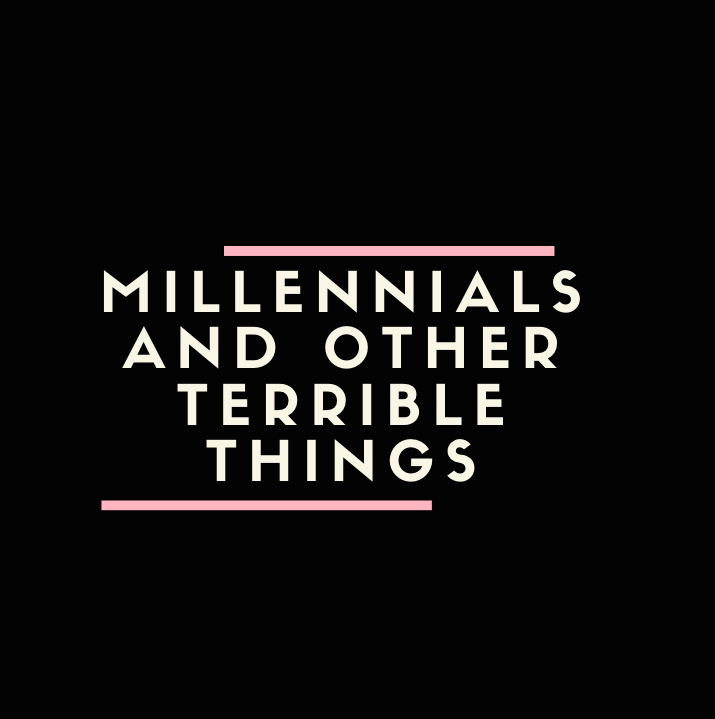 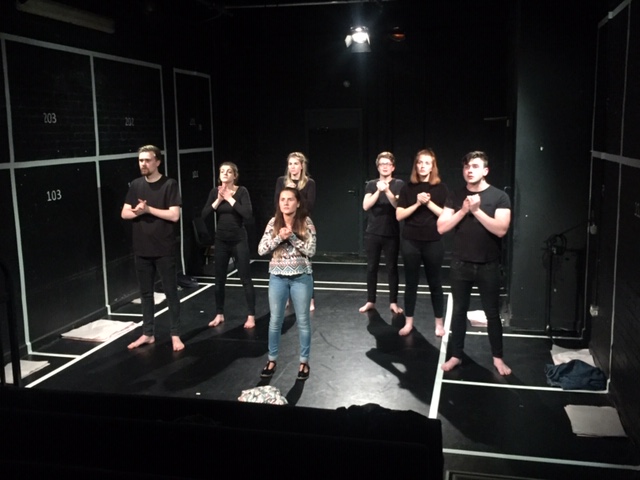 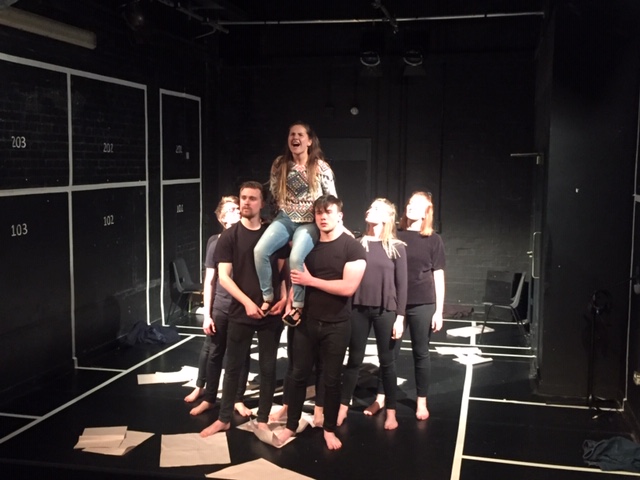 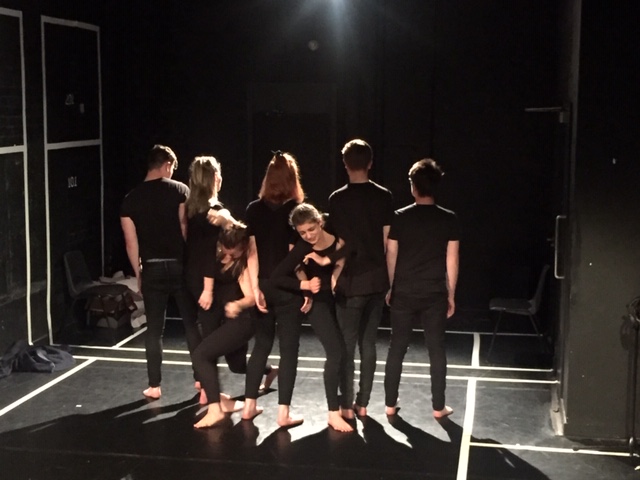 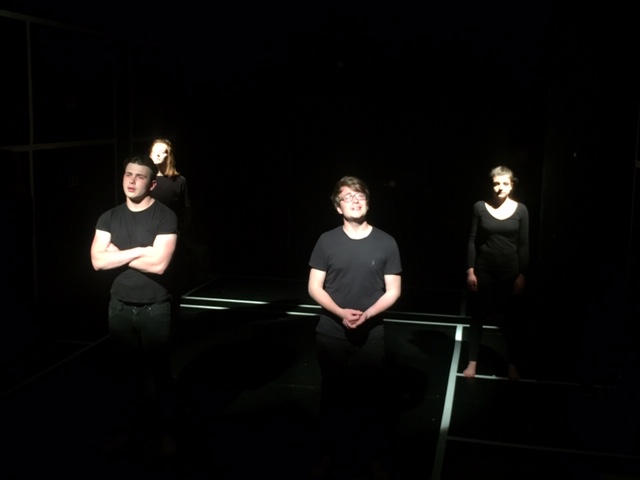 where can i keep up with the progress of your project?

You can find the play's Twitter @1031MCR - https://twitter.com/1031MCR We are also on Facebook - https://www.facebook.com/1031MCR and on Instagram - https://www.instagram.com/1031mcr/ We are posting regular updates, rehearsals pictures and video diaries - so you know that your donation is really making a difference!

okay, what else can i do to help?

If you can, donate and share this campaign with everybody you know. If you can't donate right now, make sure to keep the conversation about this project alive in all possible ways: talk to friends and family about this, share the campaign on social media, write about this project on your blog, and everything you can think of that will keep the dialogue going. With your help, we can really get this theatre piece to Edinburgh - let's shout about it!

If you donate £10, you will receive a shout out on the play's official Twitter page to thank you for your kindness and support!

If you donate £20, you will receive a shout out on the play's official Twitter page, and an invitation to a rehearsal sessions of your choice in the month of July - when the play will really be in its final rehearsal stages!

If you donate £30, you will receive a shout out on the play's official Twitter page and you will be invited for a "cast coffee", where you will be able to ask them and the creative team any questions you might have about the performance or the rehearsal process.

If you donate £50, you will receive a shout out on the play's official Twitter page, an invitation to a rehearsal sessions in the month of July, AND a "millennials and other terrible things" (our theatre company's name) tote bag or mug.

If you donate £100, you will receive a thank you video from the cast themselves, as well as one merchandise item of your choice (a "millennials and other terrible things" mug or tote bag) and a video recording of the performance in Edinburgh.

If you donate £200, you will receive two free tickets to a night of your choosing of the Edinburgh run of 10:31, MCR. Upon arrival, you will be welcomed by the cast and creatives and will be given a merchandise item of your choice (a "millennials and other terrible things" mug or tote bag). You will also be welcome to join the cast and creatives for coffee after the performance is over (on us, of course!), and ask them any questions you might have in mind!