Ella Enchanted at the Edinburgh Fringe

An empowering adaptation of the classic novel, where a girl learns love is stronger than any curse. 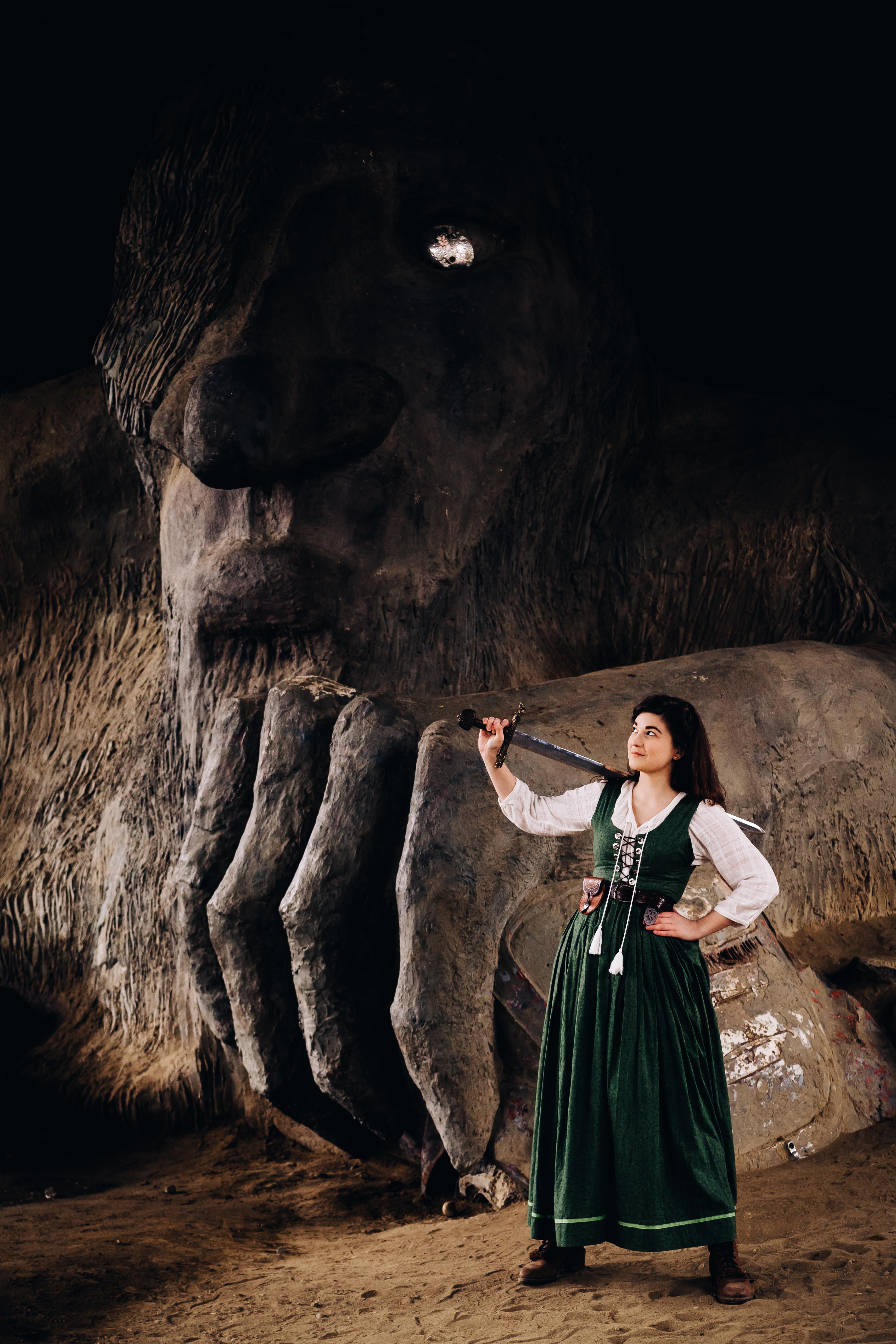 Through Click!, Bushel / Barrel / Tun is raising £5k to present the world premiere of Stephanie Neuerburg’s adaptation of Gail Carson Levine’s classic young adult novel ELLA ENCHANTED at the 2017 Edinburgh Fringe Festival, directed by Frankie Regalia. The bulk of money raised will fund our venue costs and allow our company to fully house a cast and crew of 8 in Edinburgh for the entire month of August. 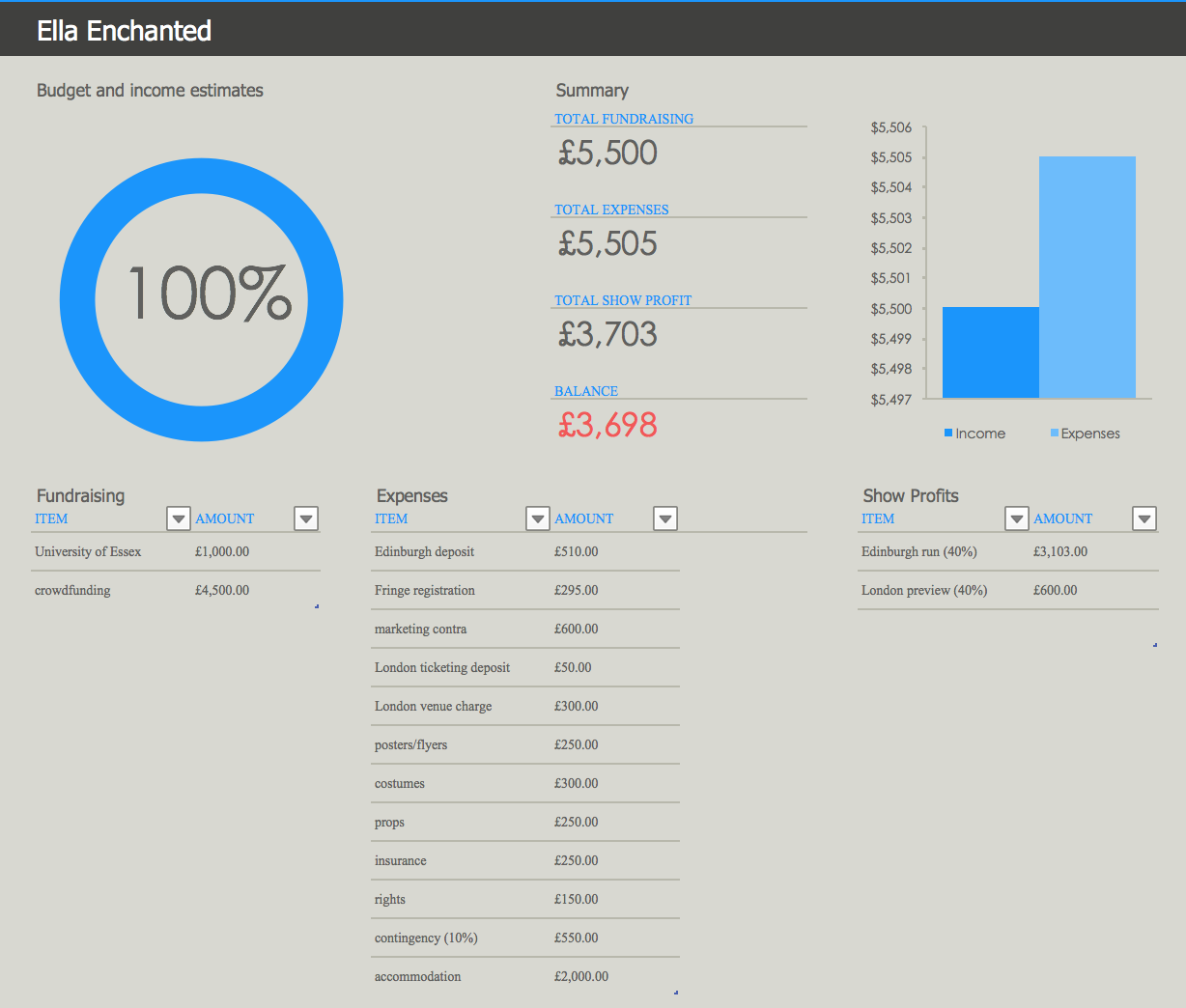 Our minimum goal is £2,000 . With this money, we can reserve our performance slot in the That Studio, a 50-seat black box theatre at the Edinburgh Fringe’s coveted Pleasance Courtyard. The Pleasance is the most highly attended venue at the Fringe, guaranteeing our show will reach its largest audience. This will also ensure a 6-performance run at the Colour House Theatre in London. The Colour House is a petite space on the river, where we will preview our show to a devoted audience of children and adults.

Our ideal goal is £5,000 , which will allow us not only to achieve the above goals, but also make it possible for BBT to provide housing free of charge to our actors and crew for the entire month of August. A group of 8 actors, from a myriad of countries and backgrounds, will be devoting 3 months of their lives to bringing this production to life, and it is one of BBT’s highest priorities to provide them with a place to live in Scotland for the duration of the festival.

Bushel / Barrel / Tun is an internationally-based theatre company focused on telling stories centered on the female experience. Founding artists Stephanie Neuerburg and Frankie Regalia are so excited to bring BBT to the Edinburgh Fringe Festival, a decades-old theatre event which brings together artists from all over the world to meet, share stories, and change lives. While many companies and artists focus on avant-garde, mature, and sometimes bizarre themes or projects, BBT is so thrilled to be bringing a performance to both young audiences and seasoned theatre-goers alike.

Frankie Regalia (director) has worked in the United States and the UK with a number of different companies and across several genres of theatre. Frankie has a wide range of experience having worked in opera, new works, physical theatre, children’s theatre, and the classics. Most recently she has worked with West Green House Opera, Dead Leaf Theatre Company, and the American Musical Theatre Academy.  She is also an associate artistic director of Poor Tortured Players Company and a member of the Young Vic Director’s Program.

You can also follow us online! Ella Enchanted at the Edinburgh Fringe , @EllaEnchntdPlay

When the fairy Lucinda curses Ella with the “gift” of obedience, Ella sets out on a journey to save herself — fighting ogres, meeting giants, and trying to avoid her wicked stepsisters, Hattie and Olive. But when Ella finds herself tangled in a possible romance with the crown prince Charmont, her curses makes things even more difficult — does she accept his proposal and endanger the kingdom, or break her own heart and let him go? Ella Enchanted is a sometimes frightening, ultimately ultimately story of a young woman who gains freedom through the power of love. 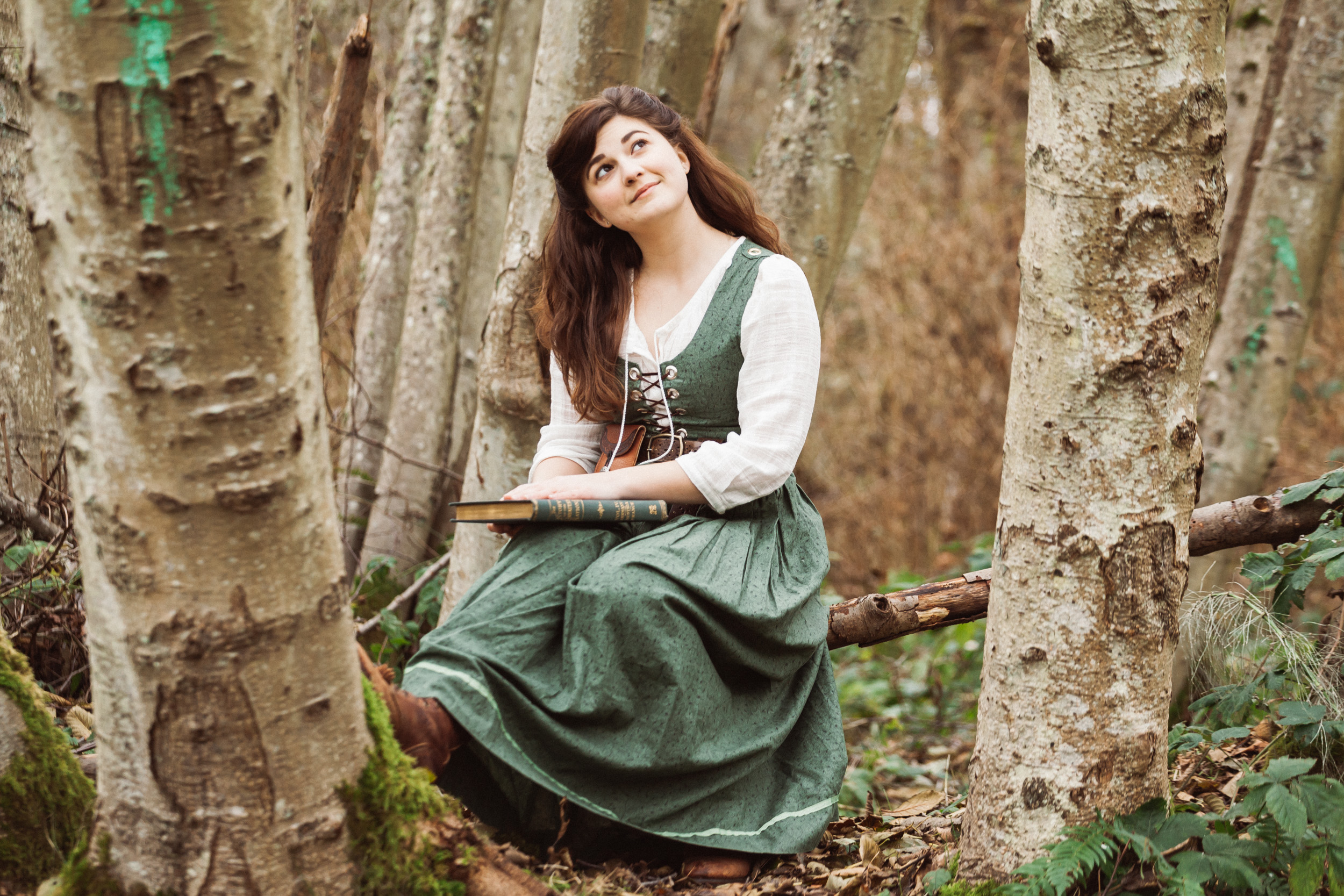 a personalized postcard sent to you during our run in Edinburgh, as well as a photo from our production, signed by the entire cast and crew!

A special thanks in our programs and on our Facebook page. We want the world to know what amazing and generous patrons we have!

A beautiful t-shirt to celebrate our show & company, designed by Peggy Juve of Side Market in Langley, WA. Design TBD!

Love our cast? Show them how much you care with a sweet surprise! We will give a big ol' pie in the face to your cast/crew member of choice, record it, and post it to social media!

two tickets to an Ella performance of your choosing, at either the Colour House in London or the Edinburgh Fringe Festival (travel & lodging not included) AND / OR meet the playwright OR director for an exclusive talkback & discussion in person in either Seattle WA, London, UK or via Skype