The Film Society is looking for help with funding for an Indie Thriller Film. 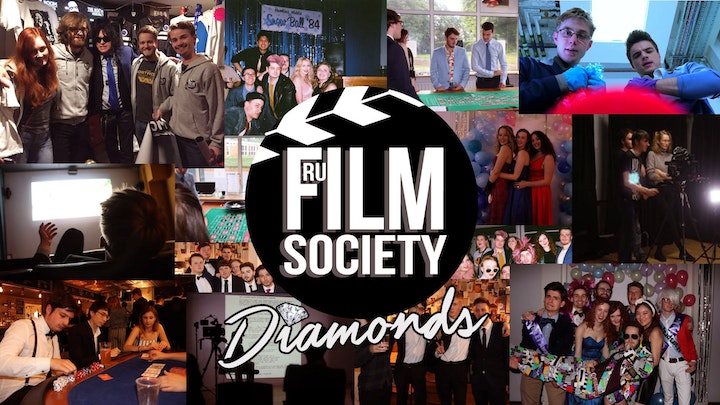 The film society is looking for help with funding for an indie thriller film.

We are raising as much money as possible to be able to fund our indie film project. The film is about a women who ends up in a real murder mystery game in which she is the murderer. The funds raised will be used to buy props, booking locations, helping non-university actors with transportation costs and more!

The more we are able to raise the better our film will be.

We are Reading University Film Society. We have a passion for films, one that cannot be merely quenched by just watching films. The film society includes people from all backgrounds; from those studying Film as a degree who want to sharpen their tool-set and those who simply have a drive to create alongside their current degree. We are a team of about 20+ students, and every student will play a vital role within the films construction.

The story, without delving into spoilers, will follow the tale of a girl who is invited to a murder mystery party by her friend only to find out her friend is nowhere to be found. A mysterious figure dressed as a judge brings her to the room with the other players. Each player all dressed in character specific costume then attempts to deduce who murdered (within the game) the currently missing friend. Our protagonist attempts to keep up with the more experienced players but as the game goes on it is clear that things are not what they seem. Is this just a game or is this something much more?

By supporting this project you will be part of creating a fantastic film and helping students like us achieve our dreams.

The money that is given to us will be used on costumes, props, booking locations and more...

The cost of producing a film is unpredictable but we can expect to encounter cost such as:

Any funds raised above our target will help to fund costs we aren’t able to anticipate or are constantly changing. Every penny will make a difference and we hope you will be able to pledge your support.

We have some fantastic rewards. By supporting this project, you can bag yourself a copy of the film or even come to our premiere! Have a look at what your support means to us and choose one of great rewards!

Email us for any additional information at readingfilmsociety@gmail.com

You can also check out our Facebook page for more details: www.facebook.com/uorfilmsociety/

Anything you can do to help us reach our goal and be able to make the film we all dream of is greatly appreciated. You can do this by pledging support – even if it’s only a few pounds it will make such a difference.

We'd love it if you could spread the word about our project by sharing it on social media or simply talking about it with anyone who might be interested!

Get exclusive updates with behind the scenes photos throughout the production

Be recognised on screen! You will be credited in the film as a "Premium Backer" and appear in the credits

Get a physical DVD copy of the film and a signed thank you from the cast and crew. You will also be recognised on screen as a ‘Premium Backer’

Be a VIP! Receive a VIP invite to our premiere *red carpet not included*, receive a DVD of the film and be credited as a ‘Premium Backer’