Once In A Lifetime Dream Residential Course 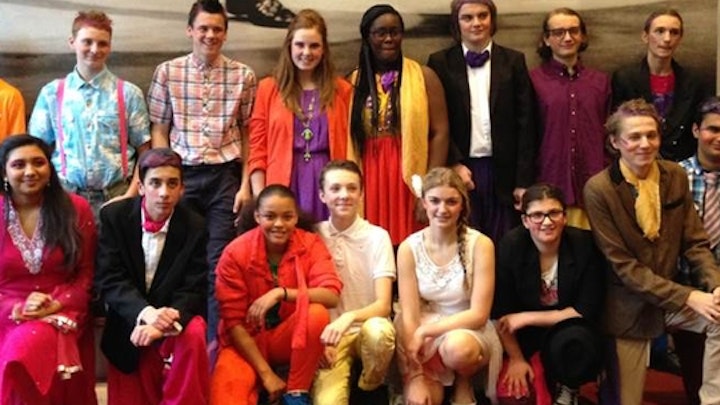 My name is Meg and I'm a 16 year old student in her last year of school. I love acting and was ecstatic after seeing I'd been offered a place on the course. I auditioned for a place in February 2015 with 30 other students and friends from my school. Only two of us were accepted into 450 places when 4,100 auditioned. I love acting and always have. In year 9 of school (2013) I played Lady Capulet in a version of Romeo and Juliet for Shakespeare for Schools competition. Then in Year 10 (2014) I did my GCSE Drama course a year early and then retook it this May. This January I also completed a Lamda Acting Exam in which I achieve a Merit and was just marks away from Distinction.

A once in a lifetime opportunity

The National Youth Theatre has been the starting point for many great actors including: Hugh Bonneville, Catherine Tate, Matt Smith and Daniel Craig. For someone like me, who's dream is to become an actress this opportunity is the best thing that could have happened. On completing the course I will officially be a member and be able to audition for parts in their acclaimed productions.
In 2014, my grandmother fell ill and we made the decision to buy a house and move in with her. A year on, we're still struggling financially for having to pay out for things we weren't expecting, including a broken boiler, plumbing issues and the expense of travel money. My parents and sister work full time and care for her and can't do any more to help me out than they already have. Due to this reason, without your help my dream is unachievable.
Your donations will have a giant impact. I'll be able to meet professional people in the acting business which will influence my job choice later in life.

The course itself is £500 with an extra £435 for accommodation. I will be staying in university dorms and buying my own food for each day for two weeks as well as Theatre tickets and other fun stuff to do around London.

If I receive extra funds (fingers crossed!) they will go towards other acting requirements I will need in the future as a Member of NYT.

Donations are not the only way to help me out! Sharing this project with anyone and everyone will be a massive help.

Thank you all for your Donations!

If you donate £20 or more a personal postcard will be sent to you with a special message!

A unique hand written greetings cards with a special thank you especially for you!