A Short Drama Film About Matt and Joe's First Encounter

What's All This About?

Amsterdam is a short, 10 minute film being made as part of my final semester of a Media Arts and Production major at the University of Technology, Sydney. It's the story of two young men, Matt and Joe, who meet at the farewell party of their mutual friend Jess and their interaction that leads to an important decision being made by Matt. It's a contained story about two people and the rush that comes from meeting someone new whom you feel like could change things.

Why are you making it?

The idea and characters of this film have been drawn from many different experiences of my life. From the beginning of my Media Arts degree three years ago, I knew I wanted to make a film with two gay characters, preferably a romance. This stemmed from both my experiences as a gay man and also a desire to contribute to queer filmmaking and portray an experience between two non-heterosexual people, which is inherently under-represented.

Most notably, I am influenced by the work of Andrew Haigh in terms of both content and style. In his film Weekend (2011) and work on the TV show Looking (2014-present), Haigh presents gay relationships as unique, complicated and romantic. His work resonates because it is not embellished or over the top, it is simply honest and true. This is what Amsterdam will be. I am interested in portraying a love story where the two characters happen to both be men. Being gay is an important part of their story, but not the sum of it. 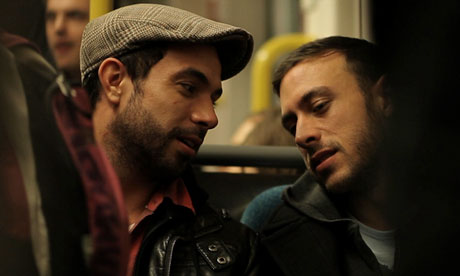 What will my money be used for?

Your money will be used to fund the project through production, post-production and marketing. We need adequate funding to make sure this film gets off the ground, so that it can be the best film we all want it to be. We have a lot of talented crew members on board and we need funding to make sure they can fulfil their crew role to the best of their ability. On top of our own funds, your funds will help ensure:

Filming is unfortunately an expensive art form and we can't make Amsterdam without your help.

For $10 you will receive our love, as well as a personalised shoutout on Facebook from Director Sam Langshaw

For a $15 pledge you will receive our love, a Facebook shoutout and an invitation to Jess' farewell party bash as depicted in 'Amsterdam'

For $20, you will receive our love, a Facebook shoutout, an invitation and a digital download of the film

For a $20 donation, we will be sending our love, a Facebook shoutout, an invitation, a digital download of the film and an A3 copy of the film's poster

For a sizeable $50 donation, we will give you our unconditional love, a Facebook shoutout, an invitation, a download of the film, an A3 poster as well as a personal thank you in the film's credits

For an amazing $100 donation, you will receive our love, a Facebook shoutout, an invitation, a download of the film, an A3 poster, your name in the credits as well as an invitation to a private screening of 'Amsterdam' with the film's cast and crew

For an incredibly generous $250 donation, you will receive our love, a Facebook shoutout, an invitation, a download of the film, an A3 poster and director Sam Langshaw will create a 30 second video based on a topic of your choosing and within reason

You are a beautiful tropical fish and we bow down to your kindness. You will receive: our unconditional love, a Facebook shoutout, an invitation, a download of the film, an A3 poster as well as being credited as an Executive Producer of 'Amsterdam'