Get Andrew to film school!

Help Andrew achieve his goal of going to film school!

What's it all about Andrew?

Well, I recently applied for a place at the London Film School, one of the top 15 international film schools in the world and after a whirlwind week, I was offered a place to do my masters in Filmmaking! This is brilliant as the school has had many amazing alumnus such as Duncan Jones and Michael Mann amongst many more. Going here gives me the best chance of making my dream of working full time in film come true.

But the catch for this is - IT STARTS IN MAY!!! Obviously, I'm exploring every avenue possible to achieve funding for the course with bursaries and scholarships but I need to pay an advance fee of £1000. Due to living in London, I have little to no savings and I need to put this together in order to confirm my place on the course to fulfil my dream of becoming a full time director working in film and TV. I've put the minimum amount as £300 as I'm trying to pull the rest together but I really do need some help to make this happen.

Having being obsessed with film since a young age, I've worked in a video shop and a cinema, anything that allow me to watch as many films as possible. In college, I trained as an actor and then when I moved to London, I moved behind the camera to work as a writer and director. Up to now, I've been working on getting a back catalogue of films together that would have been at a high enough quality to get into film school. Everything I've done has brought me to this moment and now I'm ready to take the next step for my career.

London Film School is one of the top 15 international film schools in the world and gives it's students the best chance of making it in the professional industry. The chairman of the school is Mike Leigh (Mr. Turner, Vera Drake) and has had such students as Duncan Jones, Michael Mann and more recently the winner of the Oscar for best short film, Ben Cleary. This is a place where if you work hard, the best things can happen.

Cinema is everything to me and there's not one film genre that I don't enjoy. I love every aspect of film and love to be involved from the first word on the page to the final file transfer of the deliverable. There has been nothing in the world that I have wanted more than to make films for others to watch and enjoy. By helping me achieve my dream, I can hopefully give something back to people around the world, to enjoy one of the most engaging and collaborative art forms where they can feel the full range of emotions and they can feel affected by the words, music or actions of the people, characters and stories created for them.

What some people have said?

I've asked for a few recommendations from people I've worked with on projects over the last few years and this is what they've said...

“A Committed profesional with the feet on the ground. Passionate storyteller. Someone who deserve this chance and will definitely make the most of it”. - Enrique Jimenez - Masters student at Ravensbourne and V.FX.

"Andrew is never afraid of a creative challenge to tell a story in a new way, and his scripts reflect this. From sentient puppets driven by human emotions, to pseudo-documentaries about doppelgängers, and harrowing dramatic romances set between two alternative realities, Andrew has a refreshing, unique vision and an alternative take on the ordinary, which always makes me excited to read one of his scripts." - Kira Fitzpatrick - Producer

"It's really great to work with Andrew. He is dedicated to getting the best out of everything he creates, knowing how he wants a project to be set up, but is very welcoming to new ideas and different ways to achieve his narratives. Through descriptive and thorough discussions on each project, Andrew gets the best out of each department, trusting them to help develop and produce the very best for the film in preproduction and on the shootings day themselves." - Jak Wakefield - Art Dept

"Andrew is basically the reason I'm a student at The London Film School myself, I got in as a cinematographer on a film he directed. He's a director I can't say no to because he always manages to challenge me and push me to be a better cinematographer. Plus, he's a top bloke as well." - Matt Thomas - current LFS masters student and D.O.P.

"Andrew is a supremely talented director who's creativity, drive and passion for film shows through in all the projects i have completed with him." - Ben Matthews - Editor

What is the money going to do?

This money will help me put my forward my advance fee of £1000 to confirm my place in London Film School. When my place is confirmed, I can then finalise the rest of the money to help me with my course fees and concentrate on what I need to do with the time I need to have in order to do them. If I'm lucky enough to reach my goal and surpass it, any extra money will go towards further course fees that tend to crop up over the terms such as term subscriptions and any other course work.

This is for film school and any money raised from this goes to film school.

This is an extremely intensive 2 year course where I'll be working with actual film stock, completing multiple films a year and learning the skills to go forward in the industry.

did somebody say Rewards??

Well, no. Nobody said it yet but I will now, REWARDS!! Look over to the right of the page and you can see all the rewards that are on offer. I want these to be personal and something that you you'll appreciate as you're helping me get my place in film school so each one has been thought of as something that I would like to have if I was donating to someone's campaign.

Let's see some of the good stuff

I run a production company with the most awesome producer - you can see some of our work at this website address - www.thisbigproductions.com

or if you just want to see some stills - look below... 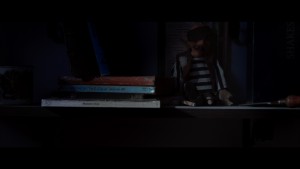 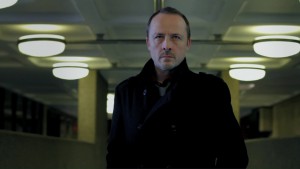 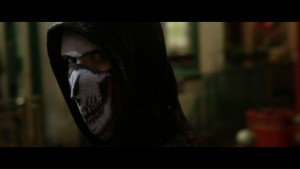 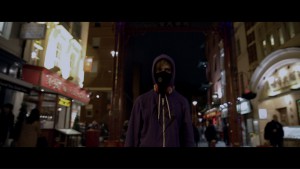 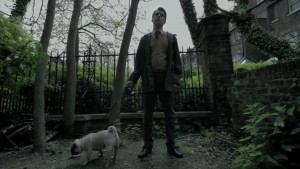 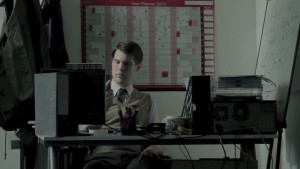 where can I learn more?

I'm on twitter!! And I promise I will not just be moaning about the lousy trains or when it rains but about the projects I'm working on and always giving updates about how I'm doing or when my next film will be released!!

Thank you in advance!

Anything you contribute will be so greatly appreciated, you have no idea!!!

If you can't contribute financially (because I know first hand how hard it is!) please just share this page with friends, family, the neighbours across the hall, that guy down the street that you met once or even those new people you just met at that party last weekend. I want to make the films that you watch and talk about with your friends over beers or drinks to dissect on how much you hated or loved it. With your help, this can can become reality!

Thank you in advance for reading, sharing and hopefully donating!

A small donation but every little bit counts - A big thank you for helping out! I'll give you a thank you via twitter for this.

The extra special thank you - If I had 100 of you, this would be awesome - but you're awesome for donating this. You'll get a thank you by twitter and I'll name a character after you in one of my films during film school (I'll send you a script to prove it!)

Who are you, Captain Awesome? - You've given so much and you deserve something awesome in return. You're helping me get into film school so why can't you see what helped me get in? You can get a dvd copy of one of my films that got me in as well as a copy of my Graduation film when it's completed. (The delivery date obviously has to be when I finish the graduation film)

Who are you and where have you been all my life? - What a amazing donation - you get all the above - plus how would you like to be a part of the film magic? If you send a picture, we can put your portrait in one of my films.

You had me at hello - Firstly, thank you so much for giving so much! You get all the above rewards but you can also have your choice of having either your script looked over with feedback and notes or a showreel put together by me for you to give to directors and casting agents. If you're in London, you can also come to my graduation meal and help me celebrate what you helped me achieve.

The best of friends - wow, you would be my friend for life. You believe in me so much and for that I'm eternally grateful. You can receive all the above rewards but I'll also write a 5 page script for you in whatever genre you like. You should also know that you're one amazing person. Thank you.