A fairytale for children of the 21st century 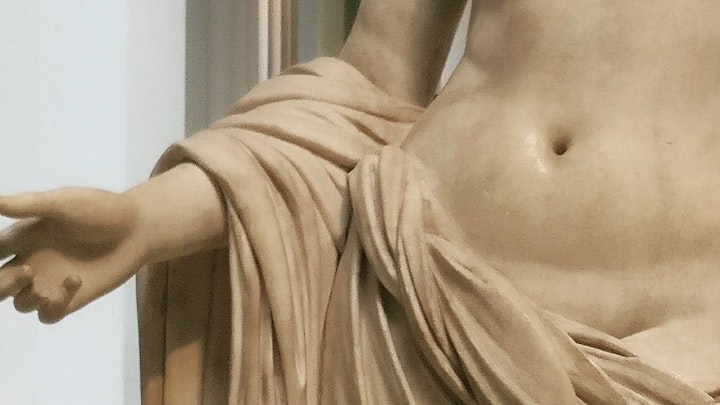 Aphrodite’s Fury is a new fairy-tale for children of the 21st century. The main thrust of the narrative is a rewriting of Sleeping Beauty but instead of fairy-godmothers, the princess has Greek goddesses for guardians. The story follows a similar trajectory in that Xara pricks her finger and becomes cursed as a result. But this time the princess is the hero. She is the one who breaks the curse.

The story is aimed at children of all ages. Children aged 7+ could enjoy the story independently but younger readers may want to enjoy the book with an adult who could read it to them.

Your donation would help to make publishing this new fairy-tale a reality.

Hi! My name is Rosina Georgiou and I am the creator of Aphrodite's Fury . I am currently undertaking a creative writing MA at Middlesex University whilst teaching part-time at a secondary school in North London. I love fairy-tales but I have long felt that their messages are outdated. They don't represent the changing world in which we live today.

I grew up on fairy-tales where women depended on men to save them. Sleeping Beauty waits for her prince to save her with a kiss – and that’s if you only read the Disney version. These stories are outdated. They don't represent the women that I know. I have female friends and colleagues who have achieved incredible things. Some of them have attended the best universities in the world; others are building their very own business empires. My best friend works all hours of the night saving other people’s lives in a local hospital. The women that I know are savvy and smart and have an incredibly sharp sense of humour. Why aren’t they in the public imagination?

I would like to self-publish because it means that I have much more control over my project. It gives me the freedom to choose an illustrator of my choice and self-edit. I have been lucky enough to show my work to both literary agents and prominent business experts who have all been enthusiastic about the book. I am confident that it will be successful if we can raise the initial funds to get it illustrated and printed for the first print run.

What will I spend the funding on if I hit my minimum fundraising target?

Pedro is an established illustrator and designer for children's books who specialises in creating fun and colourful images in his work. He will be designing both the front and back covers of the book, page layout and between 12-16 detailed illustrations for the inside pages. I have chosen Pedro as the illustrator of this project because his style is both iconic and fun as I hope Aphrodite's Fury will be for many young readers.

*The fee Pedro has quoted for design work is bespoke and applies to this project only.

These will be available for purchase or giveaways and will include those given as rewards to donors.

*An e-book version will also be available for purchase when the book goes on general sale. This cannot be released until the illustration/formatting are complete and I have purchased an ISBN code so this will need to follow completion of the book's design and first print run.

Where will the additional money go if I hit my full target?

I am particularly passionate about this aspect of my action plan. Primary schools always need new books and this will expand the reach of my story. Children read all of the time and I would love for Aphrodite's Fury to offer an alternative narrative to the traditional fairy-tales that they will already be familiar with. By having my book in schools, more children will get to hear the message that girls can be heroes too.

- Releasing the paperback version on Amazon

- Releasing the e-book version on Amazon

What will I do with extra funds if things really take off and I raise more than my target?

If this project really takes off and I raise more than my target, I will be able to put a bit more money into the marketing campaign of the book to spread the word even further afield. I would also like to commission Pedro Demetriou for the design of an Aphrodite's Fury Colouring Book. If there is any money left over from that, then I will put it towards the next story in the series: Aliki Lost in London.

How often will I give updates on this project?

I will give weekly updates via Twitter, Instagram, Facebook and email to those that have followed/liked/subscribed to my project. Of course, if you have any questions then please don't hesitate to get in touch.

To thank you for your donation, I've put together a list of rewards. These include: a secret interview with the protagonist of the story (podcast); signed copies of the first 50 books and the opportunity to name one of the characters in an upcoming book.

where you can find me

I need as much support as possible to make Aphrodite's Fury a reality.

If you can’t donate personally, you can still help by spreading the word to your own network of contacts. Please share this project with anyone you think would support me – on Twitter, Facebook, LinkedIn, by email, telephone, in person or on your blog.

Of course if you are also able to make a small personal donation and sponsor my project, I would be very grateful.

Chance to Win! You will be entered into a raffle to win a signed copy of Aphrodite's Fury with a personalised message - only 30 available.

You will receive a podcast containing a secret interview with Xara - the princess in Aphrodite's Fury.

Special Mention! You will receive: - an acknowledgment in the credits of the book; - a signed and numbered copy of one of the first 10 printed copies Aphrodite's Fury in the first print run; - a copy of the Aphrodite's Fury secret interview podcast.

You will be able to choose the name of a character in an upcoming book. You will receive: - a signed copy of Aphrodite's Fury with a personalised message; - a copy of the Aphrodite's Fury secret interview podcast.