Conserving the World, One Species at a Time!

Help to fund a Masters degree in Biodiversity & Conservation 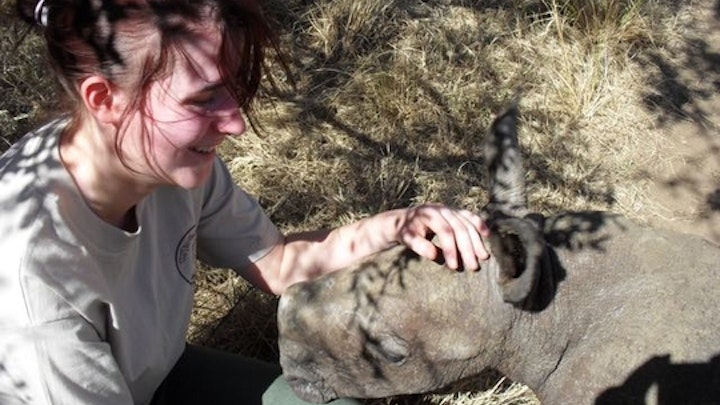 I'm raising money to fund my MSc in Biodiversity & Conservation at the University of Southampton.

Hi, I'm Katie a recent graduate and avid conservationist. I've been given an unconditional offer to study at the University of Southampton and could just do with some help to get there.

I aim to study and work part time in an ecological consultancy, to help with living costs and gain vital experience of the working ecological sector.

First, a bit about me

So I'm 23 and at the minute I'm working as a Personal and Ecological Assistant. I graduated from Nottingham Trent University in the summer of 2014 with a First class honours degree in Wildlife Conservation and have spent my time since then volunteering with several different organisations including the Wildfowl & Wetlands Trust and the International Centre for Birds of Prey.
My main interests are in scavenging species and birds. Vultures in particular. My undergrad dissertation focused on Vultures and I'd love to be able to continue on this research path at postgraduate level. Did you know that in a 15 year period vulture numbers in India declined by a massive 97% ! And now vultures in Africa are heading a similar way, so if I can help and make even the smallest difference I will !

How I Got to Where I am Now

2009
By the time I was 17 I had saved enough money to travel to South Africa, something I'd wanted to do for as long as I can remember. I spent three weeks volunteering at Moholoholo Wildlife Rehabilitation Centre and got to see and do some incredible things. It was an experience that changed my life and definitely set me down the path of conservation.

Feeding Casper, the White-Headed Vulture (Listed as Vulnerable by IUCN)
2011
After I finished my A-levels I spent six months working three jobs so that I could volunteer abroad again. This time I went to South Africa to volunteer as a research volunteer. Spending hours observing elephants, sitting up all night trying to spot hyena's and tracking cheetah on foot made for an incredible five weeks which ended far too soon.

Using telemetry to track Lions (Listed as Vulnerable by IUCN)
Within days of coming back from Africa I flew off to Greece to volunteer with Archelon: The Sea Turtle Protection Society of Greece. Spending the night on the busiest nesting beach in Greece, laying less than a metre behind a female loggerhead laying her eggs was a privileged that will stay with me forever. It turned out that one month was just not enough, and I ended up heading back at the end of the summer to help with the hatchling season.

The findings of a morning survey, a Loggerhead Turtle nest (Listed as Endangered by IUCN)
2013
Final Year of Uni ! Started with a bang and a field trip to South Africa. Having spent the summer going through some 12'000 camera trap images of the reserve in preparation for my dissertation it was great to actually be there at last. Some fantastic sightings of Rhino's are now tinted with sadness. Since coming home I've been informed the reserve has lost two of the females to poaching, including a pregnant cow only a few months away from giving birth. These two (+ baby) rhinos are just two of 1215 rhinos poached in South Africa last year. At the current rate the rhino will be extinct within decades, something that does not bear thinking about. I for one am grateful I have seen these animals in the wild while I still can.

Brown Hyena spotted in Pilanesberg National Park (Listed as Vulnerable by IUCN)
2014
After graduating I became involved with The Great Crane Project, as a crane walker. Literally as it sounded. Walking crane chicks around a pen (with a little persuasion from a fake crane head and a spoon of food) to make sure they built up enough strength in their little legs to be fit and strong ready for reintroduction onto the Somerset Levels. Later on in the summer I got involved with monitoring the established cranes around Slimbridge wetland centre, monitoring their habits for the Species Research Department.

As the cranes got older, it was more of a case of supervising playtime

Domino the Harris Hawk at ICBP. Volunteering at the centre allowed me to get up close and personal with birds from all over the world, as well as iconic British species.
As of November I'm also a Volunteer Officer with TCV (The Conservation Volunteers). Lots of practical work. I'm learning some great skills and working with people from all walks of life. It's giving me a great rounded view of conservation and habitat management.

Absolutely all of the money is going to go towards helping me achieve my goal of studying in Southampton.
I'm asking for £13,000.
By working part time I hope to be able to self-fund the second year of living costs. If by any chance I'm lucky enough to exceed my target, any extra funds will go towards funding the research project which forms a huge chunk of the course.

I don't have a lot to give, other than my gratitude of course, but for those of you generous enough to donate, some delicious baked goods might just find their way to you.

A personalised thank you card

A personalised thank you card, electronic copy of a photograph from my travels and a batch of delicious home baked flapjacks.

A personal thank you in the acknowledgement section of my research project.

A personalised thank you card, an electronic copy of a photograph from my travels and a batch of delicious home baked flapjacks, flavour of your choice (I'll try my best!). My personal favourite is white chocolate and raspberry !

A personalised thank you card, electronic copy of a photograph from my travels and a batch of delicious home baked flapjacks, flavour of your choice as well as a personal thank you in the acknowledgement section of my research project.