Forgiveness is strength, but revenge is more tempting 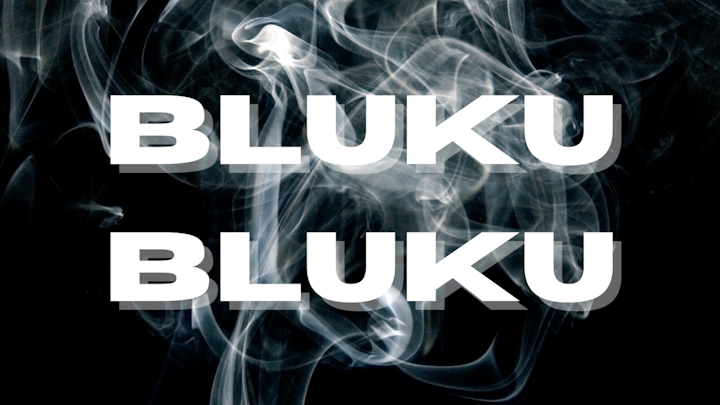 This project received pledges on Sat 01 May 2021

AN action-based drama about Vengeance

Our passionate team is raising £400 for the filming of our action-drama Graduation Film, our last ever university project for BA Filmmaking. Bluku Bluku (slang equivalent of kapow or bang, our current work title) is an exciting film about Melvin, a withdrawn and analytical young man whose brother's tragic death shook him to the core, and now he's out for revenge. Deciding to become a vigilante after the number of stabbings in the area have risen, we witness his epic fights against evil.

Some of the inspirations include:

When we say 'our team', this is who we mean:

By making this film, we want to inspire people, especially young men, to know that it's okay to be open with your emotions. We want to get rid of the stigma and toxic masculinity around being vulnerable and showing emotions perpetuated by society, especially among men. We want you to know that being open about your emotions is actually a strength. The characters have been inspired by first and second-hand experiences of our crew.

why is this important to us?

In today's world, there are still a lot of inequalities waiting to be overcome. Toxic masculinity and unrealistic expectations are pushed onto us by the patriarchal society we live in. We want to show these issues being fought against in a realistic way, showing the characters juggle fighting against evil, toxic masculinity and eviction letters. Many struggle to rise above poverty and be able to pay bills, and sometimes people turn to illegal ways to make money. The media and society portrays these people as the 'enemy' (much like Lupin - see 'Characters' section below), but they are just people trying to get by. These are all important issues to us that we are passionate about.

Why does your donation matter?

As these problems among humans are really important to each and every one of the crew, we are very passionate making this film.

Your generous donations will go towards the following once we reach our £400 target:

We appreciate every single penny! We want to reach at least £200, and all the money donated will be spent on props, food and drinks, travel and the actors primarily. When reaching our target, we will be able to submit to festivals. We would love it and be grateful if you donated any amount. If you can't donate, please help us by sharing this link with your followers, friends and family, encourage them to share it too!

If we go beyond our target of £400, that would give us a chance to submit to even more festivals and would consider an online private screening with a Q&A segment!

Melvin - a quiet, withdrawn and analytical young man whose was shook to the core after his brother untimely death caused by being stabbed. He decides to become a vigilante to fight against evil and avenge his brother's tragic end.

Dayvon - a simple-minded, clumsy, inattentive young man who finds himself in the wrong place in the wrong time.

Lupin - seemingly Melvin's enemy, he is driven by the fact that he not only has to provide for himself but his sick mother too, which motivates him to make money from drug-dealing because it's the only way he knows how to earn a living.

Tamiri - an independent, confident, no-nonsense kind of girl who is Melvin's right hand after having been engaged to his brother before he died.

Once our project is complete, look forward to seeing our last ever university film for Filmmaking BA at Kingston University. What an emotional time this will be, but we couldn't be more excited.

Choose this reward if you would like to be put into the ending credits. How exciting! *star eyes emoji*

Choose this reward if you would like to get a special shout-out in the film!