Get Andrea To LSE

Help me raise £14,088 in order to pursue graduate study at London School of Economics 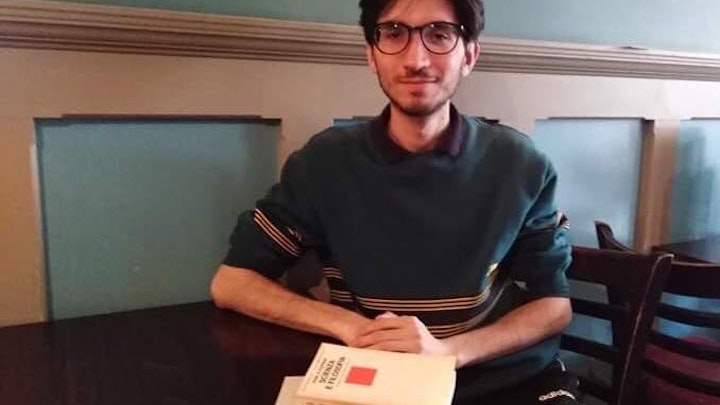 Ciao! On March 18th I received an unconditional offer for the MSc in Philosophy of Science at The London School of Economics and Political Science.

This is the best opportunity that has ever happened to me in academic terms. In fact, receiving an offer from LSE represents for me the culmination of many years of hard work to deepen my critical knowledge, while dealing with difficulties in financing my studies.

Being a precarious student, I applied for financial aid from LSE. Unfortunately, I was not considered eligible by the Graduate Support Scheme due to LSE limited funds.

As my family has had financial difficulties over the past five years, I find myself having no savings and no means to pay for my master’s fees.

I am an Italian philosophy student, currently based in London. My interests include contemporary political issues, philosophy of science, and the critical debate around Artificial Intelligence.

WHY DO I NEED YOUR HELP?

Currently, I am working as a part-time tour guide in London, a job which is not well paid enough to sustain me. Although I will continue doing this job during the summer prior to my enrollment at LSE, the money that I will be able to save will not be nearly enough for me to pay the high fees of this master, that is £14,088.

For this reason, I am turning to you for help.

WHY PHILOSOPHY OF SCIENCE AT LSE?

I am approaching to the field of philosophy of science from a neo-pragmatist position, and more specifically from the Pittsburgh Hegelian tradition: Wilfrid Sellars, Richard Rorty, Robert Brandom, and John McDowell. However, I am not simply interested in the reformulation of their ideas, but would like to find new epistemic applications of scientific theorization.

The structure of this course at LSE would allow me to go into these and other topics relating to the philosophy of science with the requisite patience and rigour they demand. One of the modules that fascinates me the most is the one convened by Professor Roman Rigg. I am familiar with his work in modelling and representation and I would like to develop a better understanding of, in his own words, “the fiction view of models”.

Furthermore, I would consider choosing the following optional modules: Set Theory and Further Logic and Rationality and Choice. While the former would improve my partial knowledge of set theory and formal logic, which I have individually studied, the latter would give me a solid basis for understanding decision theory’s benefits within a realm of uncertainty. Hence, both modules provide an opportunity for punctilious comprehension of two topics in AI research that would allow me to further my studies into logical inferentialism and decisionism.

WHAT ARE MY GOALS?

Having the opportunity to study at LSE would be of immense benefit to me. In fact, the MSc in Philosophy of Science would help me to frame on a broader level current state of research and would ultimately allow me to pursue a PhD in this field.

Furthermore, this course would place me in a dynamic university environment that would let me to interact with and exchange ideas with significant researchers in contemporary philosophy as well as fellow students, with whom I will try to develop projects and academic cooperation as much as I have been doing over the last year (you can take a look at the two conferences I took part below).

With a major awareness that this master would provide me, I am sure I would be able to provide new solutions to some technical, epistemic lacks in this discipline. I firmly believe that the task of young generations of philosophers of science should be the one of recombining philosophy of science with the political, social and cultural ambitions of scientific enlightenment.

WHAT IS MY BACKGROUND?

My interest in the philosophy of science was piqued at Bari University in Italy, where I majored in Philosophy and received 107/110 for my degree. During my bachelor’s degree, I developed critical and analytical skills through the study of contemporary political and scientific environment. Immediately after completing my degree in philosophy, I enrolled in a master’s degree in Cultural Studies at Goldsmiths, London, which I will finish this August. I received a fee waiver from Goldsmiths and I also successfully applied for a student loan from Student Finance England. Thanks to this financial assistance, I was able to study without having to work for some months. With this free time, I was instrumental in setting up the Philosophy Society at Goldsmiths, where we have been reading philosophy which forms the background to contemporary thought, such as Hume, Kant, Hegel, and Husserl.

To complement my studies at Goldsmiths, I spent part of the money loaned on the Certificate Programme in Critical Philosophy at The New Centre for Research & Practice, under the supervision of Dr. Reza Negarestani. The programme is 12 US university credits. Some of the modules I attended and I am currently attending at The New Centre have represented for me my first rigorous encounter with this discipline. This whole experience was integral to my decision to pursue a master’s degree in the philosophy of science. Further to this course, my studies at Goldsmiths, and my undergraduate degree in philosophy, I have started individually exploring the field of philosophy of science.

If you are interested in reading my essays, please contact me either via email or on Facebook. Also, you can watch the two conferences I respectively organised and spoke at:

A Sad and Lonely Constellation, a one-day conference in Milan

WHERE WILL THE MONEY GO?

I set up the minimum of my crowdfunding to £4,696, that is one third of the fees due to this MSc.

This means that I need to reach this amount in order to have access to the crowdfunding money.

Obviously, I will try to obtain the whole amount, that is £14,088. And, if thanks to your help I will go beyond this sum, every additional pound will be used to cover my living expenses in London.

As a way to show you my gratitude, I will give each of you a special reward! These rewards will be based on the amount of donation.

You do not necessarily need to donate money in order to help me!

Sharing this page with your personal and professional network will still mean a lot to me as I can reach a broader audience.

I will send you a postcard from London!

I will have you for dinner at my place!

I will translate any text of your choice from English to Italian, or vice versa!

I will guide through an area of your choice of London for 3 hours!

I will guide through an area of your choice of London for a whole day!

I will host you in my family-home in Southern Italy for a week!