PhD in Anthropology at Oxford about Islam & Muslims in Japan

I am a Japanese who has been committed to studying about Islam and Muslims for 17 years. 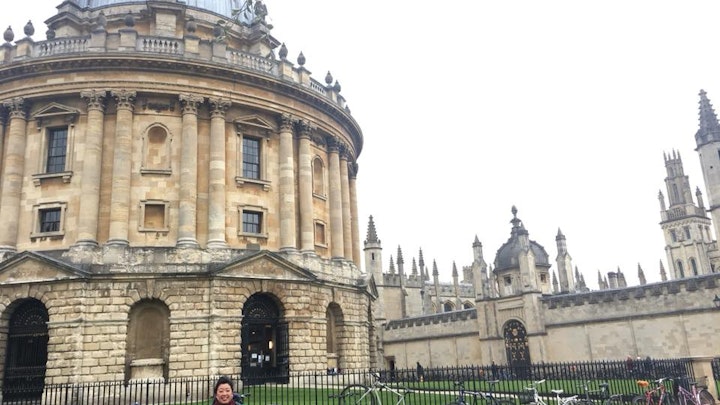 Hello, thank you very much for checking out my page. My name is Mariko. I am a Japanese. I got accepted to a PhD program at the University of Oxford to do my Doctors's dissertation on Islam and Muslims in Japan. I have a 17 years experience in the field of Islam and Muslims in the Middle East, Europe, the US, Japan, and basically all over the world. Right now, I am doing a Master's in Social Anthropology at the LSE (The London School of Economics and Political Science). My Master's dissertation topic is Japanese women's perceptions about Muslim women.

My topic of research for the DPhil dissertation is on Islam and Muslims in Japan and how they interact with ethnic Japanese in Tokyo. In order to produce scholarly work on a broad topic like Muslims and Islam in Japan, it is urgent to focus my research on today’s discussion of immigration and refugees in the world with an emphasis on the Japanese context while studying about the situation in Western countries that have a concentration of Muslim immigrants and refugees. Japan could accept more immigrants and refugees in the future. The current situation of Islam and Muslims in Japan is unique compared to other countries in the West because Japan, which is one of the developed countries in the world, takes a totally different policy on immigration and strictly restricts immigration and the entry of refugees. In my Doctor’s dissertation at Oxford, I plan to analyze scholarly works on Islam and Muslims in a Western context in order to bring out a new perspective and harvest the significant products and discussion points for new scholarly works on Islam and Muslims in a Japanese context. This research has never been done before. I would be the first researcher on this topic compiling data in an academic format. This research will require a wide range of expertise from global perspectives on Islam, Muslims, Japan and ethnic Japanese to a proficiency-level in the target languages in Japanese, English and Arabic that are necessary when conducting fieldwork and literature reviews. The topic reflects a culmination of utilizing my living and working experiences in the Middle East, Europe, the US and Japan and applying those experiences to my specific area of interest.

My confidence and keen interest in my area of concentration will motivate me to produce a significant scholarly work for Oxford because I have a unique set of experiences in the target culture and countries such as the Middle East, Japan and the Islamic world. Not only my colleagues in Japan but also those scattered all over the world consider me a rare and unique Japanese who has a diverse background and is multicultural and multilingual.

My educational background at an internationally-oriented high school in Tokyo where I was educated not only with Japanese students but also with students from many different countries in the world in a Japanese setting prepared me for a Bachelor’s degree abroad. Then, while completing my Bachelor’s degree in Anthropology at the American University in Cairo for three years, I immersed myself in living and learning about the Arab culture and conducted fieldwork. For example, I conducted a participant observation while engaging with families from the Middle East and observed the cultural context first hand which became incorporated as an ethnographic work in my Master’s thesis later. Next, I completed a Master’s degree in Islamic Studies at Leiden University in the Netherlands. The experience I gained from studying various Master-level courses on Middle East and Islamic Studies from a European perspective allowed me to grasp an understanding on issues surrounding Islam and Muslims in the European context. Furthermore, I had the opportunity to study theoretical frameworks about the Middle East and Islamic Studies as well as write a Master’s thesis entitled, “Islamic Entrepreneurship and the Buying Power of Saudi and Kuwaiti Women: A Case Study in the Translational Islamic Fashion Industry.” In addition to my studies and my thesis, I conducted fieldwork at a Turkish cultural center/mosque in Leiden during Ramadan to engage with the Turkish Dutch community that makes me confident in conducting ethnographic observations and fieldwork among Muslim communities in Japan.

In order to achieve the aforementioned goal and appeal to the government of Japan and business sectors in Japan and to those in other countries in the world, it is more convincing to first obtain a Doctor’s degree in Anthropology from Oxford.

Lastly, my warm personality and serious attitude towards study will influence the people of the Department of Anthropology positively. Please donate for me so that I could attend the PhD program in Anthropology at Oxford so that I can contribute to producing one-of-a-kind scholarly work on Islam and Muslims in Japan for being able to contribute to the betterment of the world.

Access to my personal website that contains information on 1. My personal trajectory and diary 2. Anthropological consulting 3. Education consulting

Access to my personal website that contains information on 1. My personal trajectory and diary 2. Anthropological consulting 3. Education consulting plus Personal spiritual consultation in person or via Skype (60 min. weekly for 3 months)