By University of Exeter
EXETER

All life on earth depends on the oceans for survival. Human beings rely on healthy oceans to provide food and jobs but they are under increasing threat from plastic pollution, overfishing and climate change. The University of Exeter is undertaking transformative research to understand how we can protect our marine environments.

We all do our bit to support our oceans: we use less plastic; we consume ethically-sourced fish; we use renewable energy; but we need to do more to protect our blue planet.

Collectively, we can make a bigger impact. We can fund scientists to gather vital data which will affect policy, we can invest in the research of new renewable energy technologies and we can fund projects to protect vital marine species.

The Exeter Marine Fund has been designed to respond to the most urgent threats by bringing together small gifts to have a big impact when and where funding is needed. The Fund enables Exeter to continue to play a crucial role in monitoring and protecting our marine ecosystems and shape positive change in practice, policy and innovation.

By making a donation today and supporting our work, you will help us to understand the severity of the challenges we face, put into practice new technologies and initiatives to enhance these environments and crucially share our knowledge to benefit communities worldwide.

how your donation will help

Please give today. All donations, of every size are appreciated. For example:

- £250 could provide a neuston net for conducting field work

- £350 could purchase agar, used to grow bacteria samples in the laboratory

- £2,000 could fund a two-week fieldwork trip to contaminated sites in the Galapagos

- £5,000 could provide a summer placement/student internship for three months

- £10,000 could provide a scholarship to enable a Master's student to study with our leading experts.

Exeter is doing fantastic work: read on to find out more.

The statistics describing the amount of plastic debris discarded into the environment each year are terrifying: a million pieces for every person on the planet, enough reaching the ocean floor to form a new layer in the fossil record. There are currently an estimated 5 trillion or more pieces of plastic in our oceans, more than the number of trees on earth.

The extent to which marine plastics accumulate in marine food webs, and the risk this poses to ecological and public health remained virtually unknown until a group of Exeter researchers brought the issue to the world's attention.

Professor Tamara Galloway's team at Exeter have carried out in-depth studies to reveal the devastating impact microplastic pollution will have on the health of humans and wildlife. Micro and nano plastics can be toxic to marine life, prevent animals consuming their natural prey, and are easily spread up the food chain - leading to starvation and death. It's estimated that people who eat a seafood diet could swallow up to 11,000 pieces of plastic each year.

Exeter Marine has played a pivotal role in highlighting how widespread this dangerous, non-biodegradable debris has become. Exeter is creating the blueprint for how governments respond worldwide, not only highlighting the use of microbeads in cosmetics (now banned by the UK Government) but also tackling the inefficient systems that underpin the modern "throwaway culture" that has led to the vast floating islands of plastic waste that are plaguing many of the world's oceans.

Bacteria that are resistant to treatment with antibiotics pose an enormous threat to human health, well-being and prosperity globally. The role that natural environments play in the evolution and spread of resistant bacteria is poorly understood. 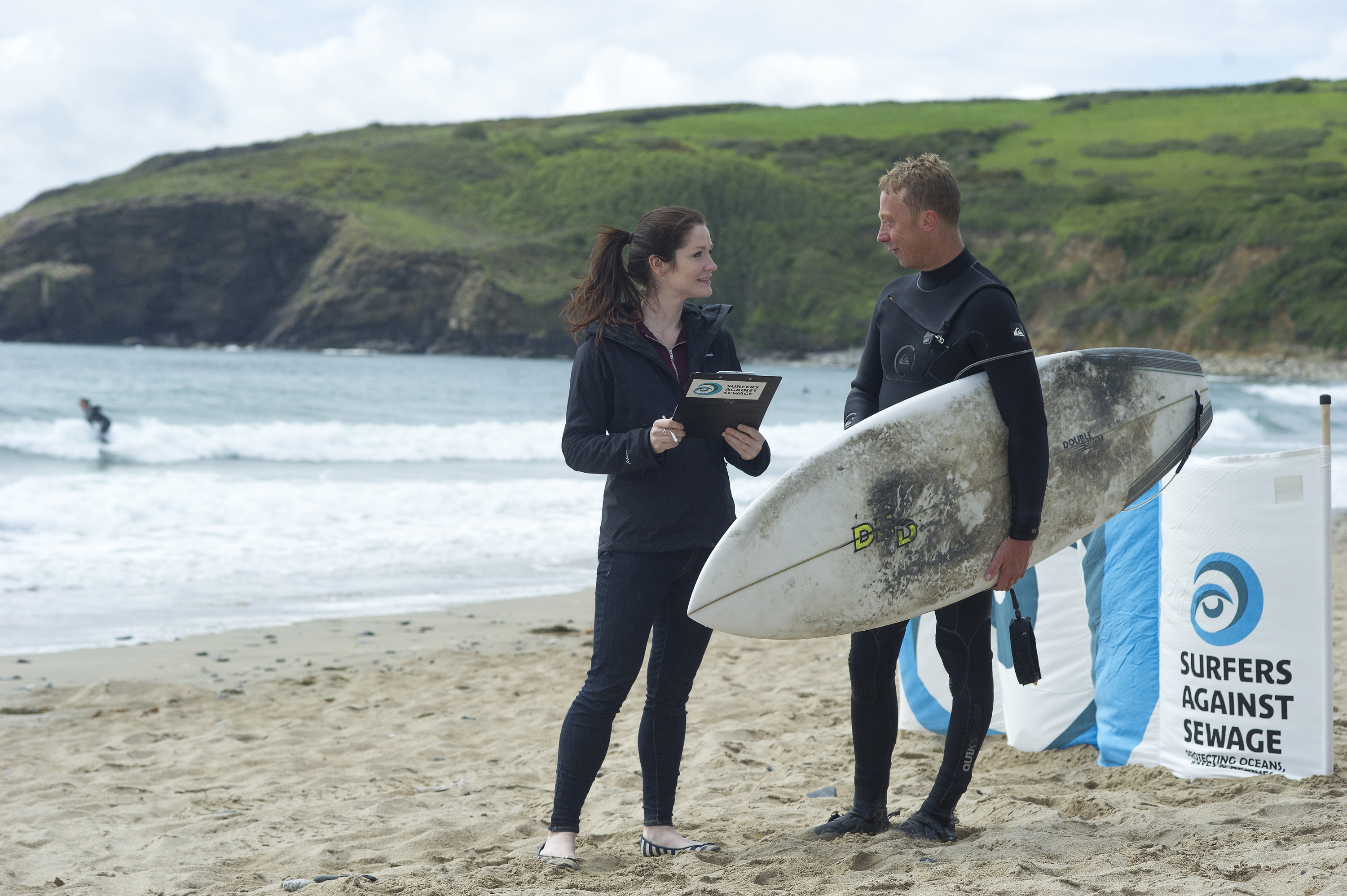 Dr Anne Leonard is a NERC Industrial Innovation Fellow based at the University's Centre for Environment and Human Health, working to understand how antibiotic resistant bacteria end up in coastal bathing waters, and the impact upon health these microorganisms have when people use these environments for recreational purposes.

University of Exeter academics and students have been working with a new community interest company to develop and alternative approach to sustainable fishing.

Sole of Discretion works with fishers using smaller boats, static nets and hand line fishing techniques, which help protect fish stocks and cause less environmental damage. The company pays a fair price for the fish they land to ensure that these methods are economical as well as environmentally sustainable.

Grassholm, a small uninhabited island situated 13 kilometres off the southwestern Pembrokeshire coast, is the third largest gannetry in the world with approximately 40,000 breeding pairs. Each year a combined team of researchers, from the University of Exeter’s Environment and Sustainability Institute and the Royal Society for the Protection of Birds, visits Grassholm towards the end of the gannet breeding season to study the birds. What they find are nests containing on average 47g of plastic, mostly rope made from synthetic fibres. Instead of seaweed, the gannets have mistakenly collected potentially deadly plastic debris to build their nests.

Over time the plastic becomes embedded in the nest, cemented by guano, creating a tough mesh that can entangle adults and chicks alike. Birds that become trapped die slowly due to starvation or as a result of their wounds. Each year the team spend time freeing dozens of adults and chicks whilst monitoring adult survival, studying foraging behaviour and tracking migration. 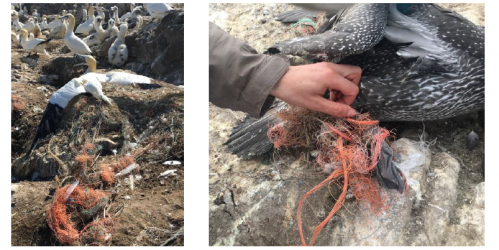 Besides saving the lives of hundreds of birds, the researchers have highlighted the unusual way in which gannets use plastic as nesting material, and shed new light on gannets' movements and how they interact with fisheries, all of which will help to ensure the future population stability of this important species.

The Galapagos Islands, famous for their unique biodiversity, occupy a geographically isolated position in the Pacific Ocean, yet are under threat from large quantities of marine plastics littering their shores.

The need for improved marine litter management in Galapagos is obvious, but there is still not the detailed published data on the extent and distribution of microplastic pollution in Galapagos coastal waters or their uptake into marine wildlife, on which to base a response.

In May 2018, University of Exeter researchers undertook the first field-sampling programme on Galapagos to measure the extent of microplastic pollution in the waters there and its impact on marine invertebrates. While there they worked with the local authorities to help shape their scientific and educational policies on the issue. This is a step towards helping the Islands to drastically reduce marine plastic pollution with the aim, one day, of having a plastic-free Galapagos Marine Reserve. 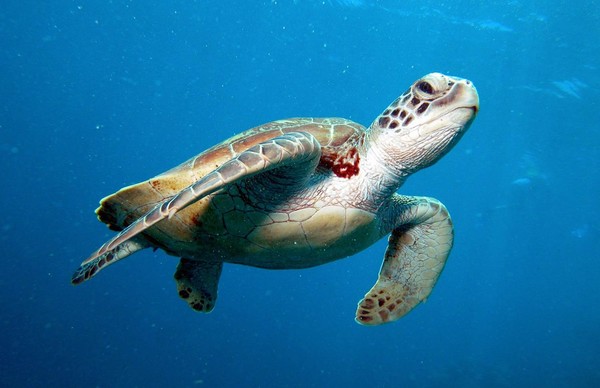 Professor Galloway’s research focuses on marine pollution, the human health effects of pollutants and the sustainable development of novel materials and substances. She recently won the Research Impact award in the Guardian University Awards for her work on the impact of microplastic pollution on the health of humans and wildlife. She has presented to the United Nations and the evidence that she provided to the UK Environmental Audit Committee played a significant role in the Government’s decision to ban the use of plastic microbeads in cosmetics.

Professor Godley is a conservation scientist with wide ranging interests in biodiversity. Using interdisciplinary approaches, his research largely focuses on the study of marine vertebrates (turtles, mammals, birds, and sharks). He also works with fishermen, NGO’s, and national fisheries agencies around the world to promote the conservation of marine biodiversity and sustainable fishing.

thank you for your support