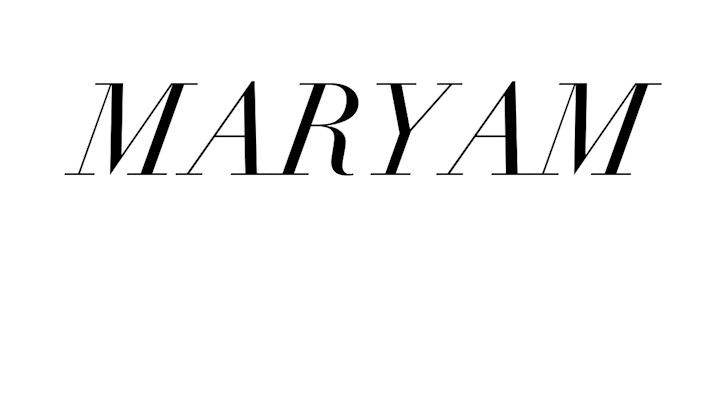 Maryam is a short drama about two young women, one white British the other of Asian decent. The film revolves around Zhara, the Asian girl, discovering she has fallen pregnant, and the emotional conflict she faces at odds with her Muslim heritage. The core messages of the film centre on race and identity, and examines the inner turmoils of a girl struggling with her own religious values.

We are a group of Kingston film students working on a project for the MA film course. Working collaboratively as a crew we're looking to pool our technical ability as well as combined creativity to respond to the challenges of the project.

For us it is important to make this film as a means of giving a voice to ethnic minority characters. With the film exploring themes of duality within race and identity, and the team also being made up of BAME and duel heritage individuals, it is very much a form of self expression as it is a compelling dramatic piece. By backing our project you will be helping us to tell the stories which often missed by the mainstream, while supporting our commitment to crafting both dramatic and visual narratives.

For us to carry out our project we will need a budget to cover our overhead costs. With the film taking place in multiple locations we are looking for funds to pay for access to these spaces. This includes Airbnb hire for the shooting of the bedroom scene, and potential car hire and petrol money both for transport purposes and for an additional car interior scene. We are also looking for funds to cover paying our actors a fair wage and to provide food and refreshment both on shoot days and during crew meetings.

As well as our eternal gratitude we are offering rewards to those who donate. All will receive an acknowledgment in the films credits, and an invitation to a private screening once the film is complete, where you will be able to meet the team and discuss the piece.

Any donation is greatly appreciated big or small. However even if you cannot donate yourself we also massively value any help you can offer by raising awareness. This may be by sharing it on your social platforms or recommending the project to anyone you think would be interested in showing support. Lots of love and kisses from the Maryam team x