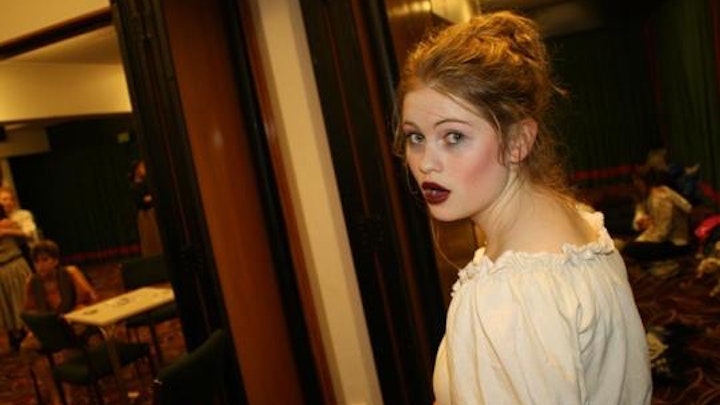 Since I could walk and talk, I have been putting on little skits for my family, friends and anyone who would listen. Now, at 20, I am well on my way to making a career out of my passion, bringing New Zealand's artistry to the world's stage.

Over my time performing, I have tackled roles as diverse as Juliet from Shakespeare’s Romeo and Juliet, Queenie from Bruce Mason’s The Puhutukawa Tree, Jason from Euripides’ Medea, Lyubov from Checkov’s The Cherry Orchard, Sillabub from Andrew Lloyd Webber’s CATS and many, many more. Performing with the local repertory theatre, Tauranga Musical Theatre, has been a large part of my life. I have performed in America, China, Germany and throughout New Zealand as a part of the Highland Dance Company of New Zealand as well as in Korea as a part of a representative team.

I have my ATCL in Speech and Drama from Trinity College London with Distinction, a diploma in Highland and National Dancing with Honours from the New Zealand Academy of Highland And National Dancing as well as various competition wins under my belt. I have always felt at home onstage and wish to use the theatre to communicate important ideas to my audiences.

My absolute dream is to contribute to the National Theatre Live program. It was through this program that I was able to easily gain a knowledge of theatre around the world. I think that programs like this are important to inspire and access people who might not have the same access to theatre that others have due to cost or location. I believe that it is also a fantastic way of creating a global community of artists.

Auditioning against 4,000 other hopefuls, I am just so honoured and excited to have been offered one of the 15 prestigious places on the Ba (Hons) Acting Musical Theatre course. This past year has taught me so much about myself, the world and (of course) about acting! I have never been so challenged or stretched so far beyond what I have thought I was capable of, and yet I have loved every minute of it! I have so many highlights that it is impossible to list them all but performing at the Noel Coward Theatre on London's West End and playing Olivia in our production of Twelfth Night under a professional director are a few! This year has really just proven how much I love acting and how alive acting makes me feel. I am already looking forward to the projects we have lined up for next year and so I really appreciate any support possible.

Central is a university that is specifically geared to giving it’s students the very best education in all areas of the Theatre and Performing Arts. Located in the heart of London, Central is ideally located in the hub of British and International Theatre. As a drama school, Central receives over 4000 applicants worldwide for just 15 places in each acting course. The graduates of these courses receive an Honours BA accredited by the University of London and are showcased to significant agents in the Entertainment Industry, giving them the best possible foundation from which to launch their performance careers.

The tuition fees for Central are £19,712 per year, a total of £56716 over the three years. I have some support from family and friends but I need your help to turn my dream into reality. If I reach my minimum, I can cover the cost of a pair of dance shoesdance shoes, if I reach my maximum, I will have reached the cost of my fees. Please also note - I am not asking for thousands from you! However, every single pound helps and I will be grateful for any support you can give.

A hand written thank you note

If you live in the UK, I will provide you with a free ticket to our end of year Shakespeare tragedy or Sondheim musical (both tbc). If living outside of the UK, I will send you a personal letter of thanks with details about my course to date.