This project received pledges on Tue 20 Dec 2016
THE PROJECT

We are raising funds to produce PRE RETRO, a 20 - 25 minute short film for our final year project at The University of the West of England - currently in pre-production, it will be finished by June 2017. The film is a romantic science fiction comedy about a relationship, and how relationships can be ripped apart by our own stupid projections into the future.

In the film we follow two central characters, Sadie and Luke, a relatively new couple in their twenties who’ve fallen head over heels for each other. But, when they come into possession of a virtual reality headset that can allegedly show its users the future, their love begins to unravel - with DEADLY consequences. 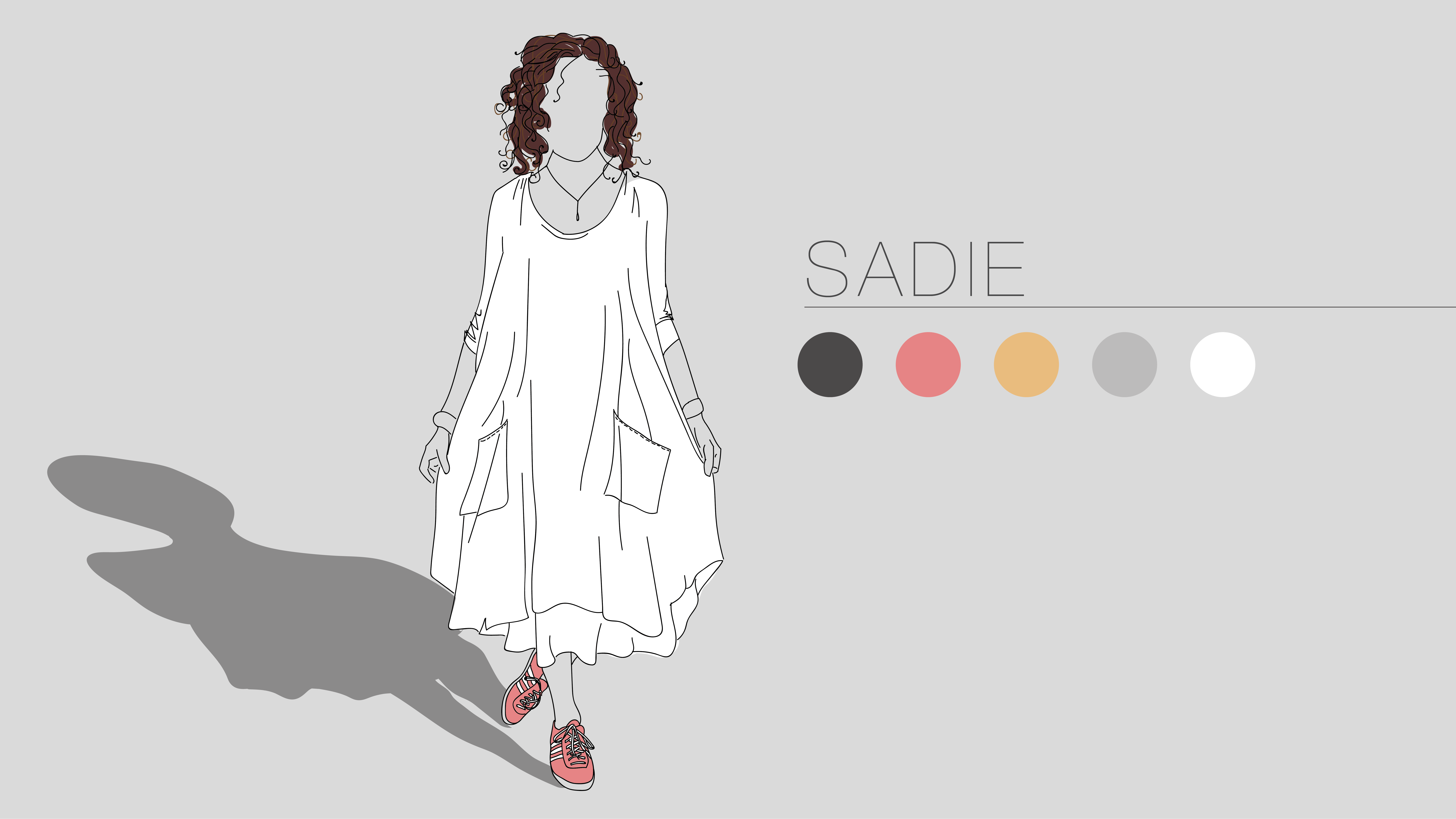 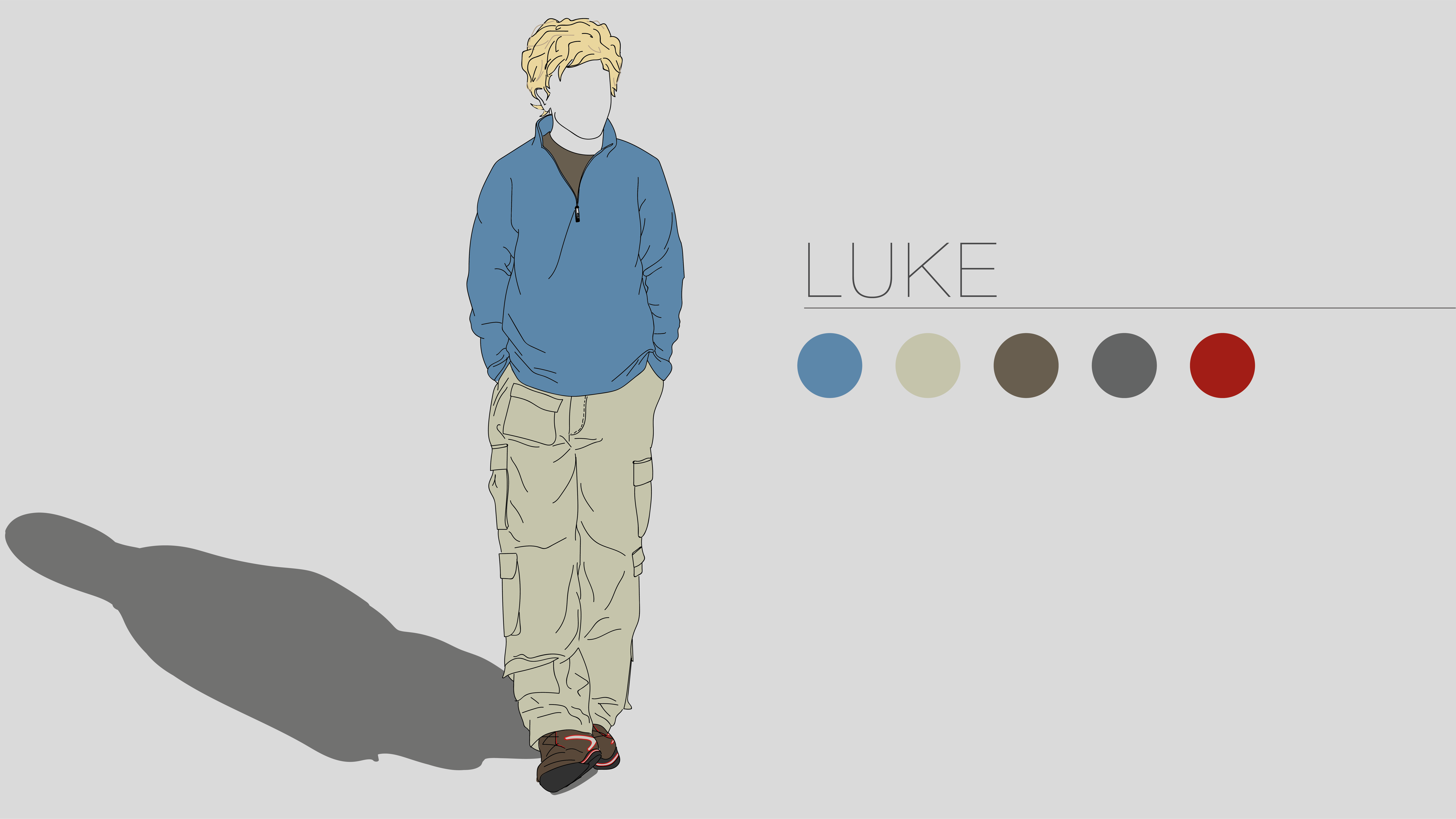 Let me just explain how the headset works: by using some incredibly sciencey technology, it reads each user’s brain and shows them what their future might be, based on their current state of mind. So, while Luke’s headset vision shows the future of their relationship ending with JOY and FLOWERS and MARRIAGE, Sadie’s vision takes a slightly darker turn… Using the headset, Sadie witnesses Luke’s DEATH at the hand of a nameless, gun-toting stranger. 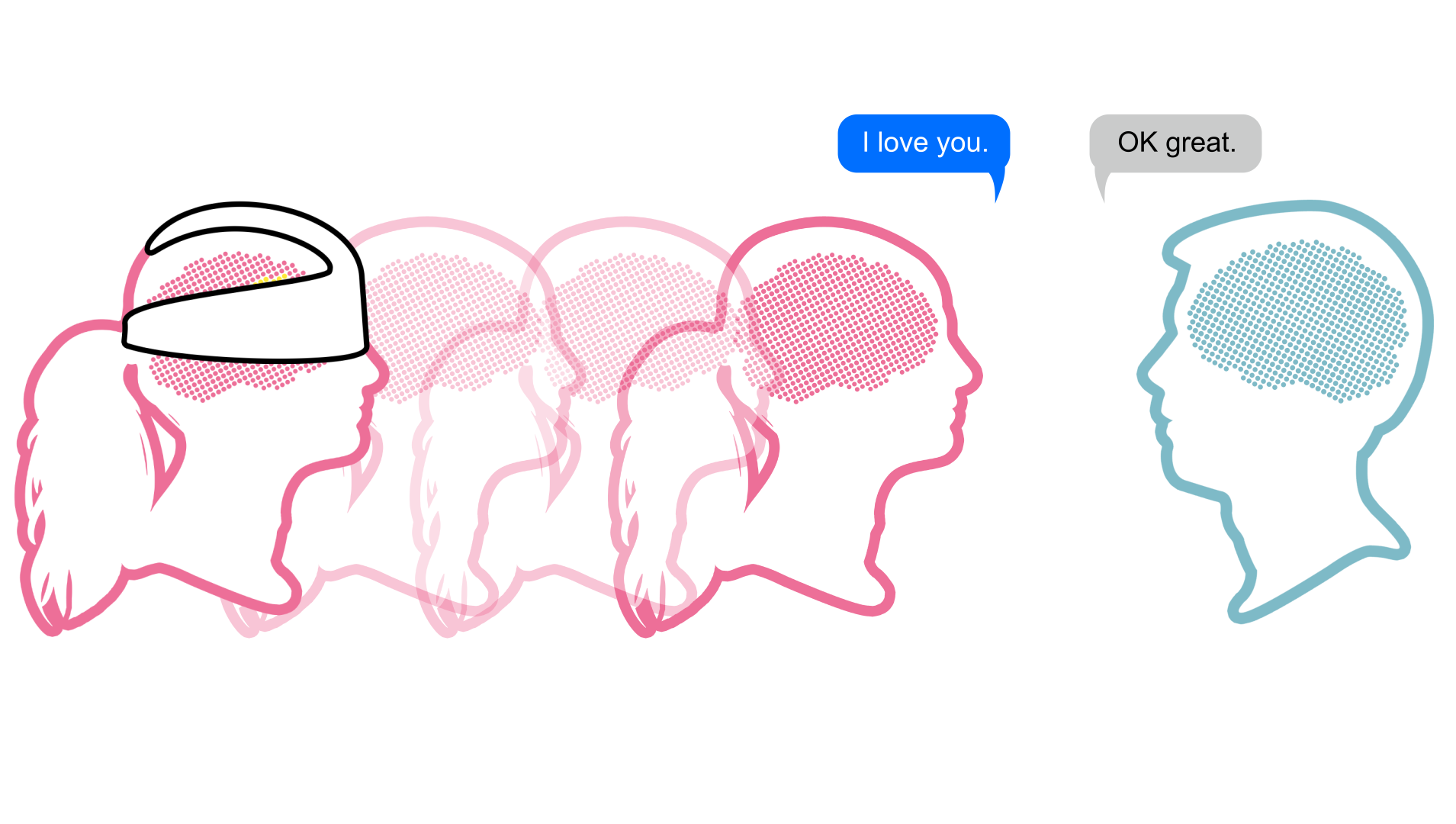 As Sadie and Luke’s headset visions begin to put a strain on their relationship, leading to accusations, jealousy, and arguments, Sadie’s violent vision of the stranger becomes more, and more intense - until, finally, the visions seem to spill over into REALITY. In a heart-stopping climax, Sadie realises that she might be the only person who can save Luke’s life! Who is this stranger? Can Sadie stop him? And will Sadie and Luke live happily ever after?

All of these questions and more will be answered next year in PRE RETRO - but first, we need your help. Though we have an incredibly talented team of filmmakers behind the project, and UWE’s resources, we still need to raise funds enough to pay our actors, and for transport, costumes, props, and locations. Any donation that you can make today will get us that much closer to realising a finished film that really stands out - and, on top of helping us to bring this film to your screen, we have a cracking selection of rewards in return for your donations!

WHAT IS PRE RETRO?

PRE RETRO is a project that has been in the making for years, originally conceived as a zero budget 5 minute short film. It was inspired by modern relationships often ruined by lovers eager to know how their lives would pan out together - and, now that virtual reality headsets have finally become consumer products, it felt like the perfect way to explore this idea; a VR headset that can see into the ‘future’. 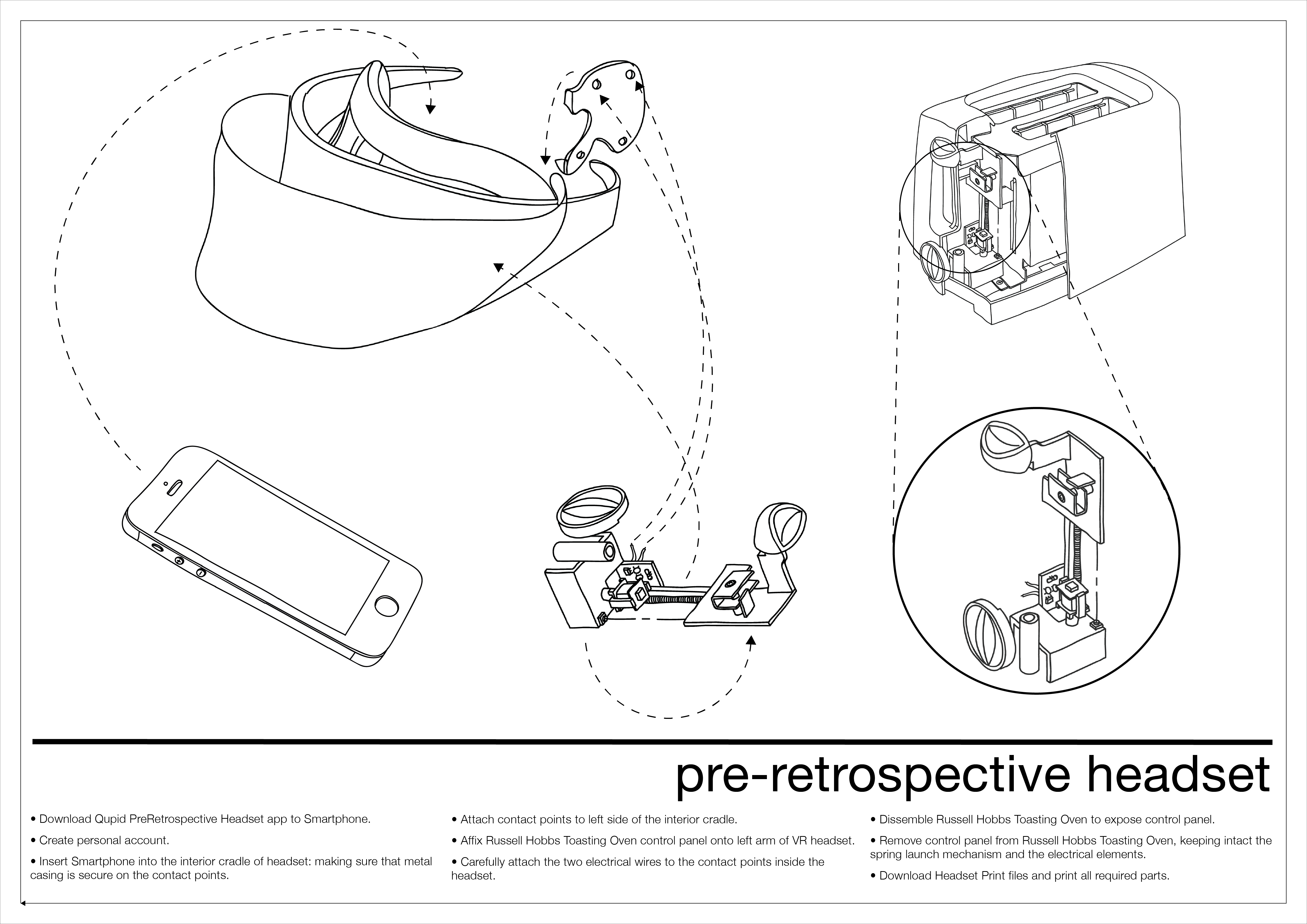 As we developed the project, more and more ideas started to grow - one of the most important being the creation of a totalitarian dating agency named Qupid , the company responsible for the VR headset in the film. For our second year final project at UWE, we built a multi-platform story about Qupid, taking shape as a ‘zine, pop-up events across Bristol, a live Qupid speed dating event involving members of the public, and some short Qupid -related films:

PRE RETRO covers several genres, from science fiction thriller, to romantic comedy musical, including original songs by Ross Graham, and with a heap of different visual styles - from slick action sequences and sitcom scenes, to animation and classic Hollywood musical - it will have something for everyone.

As a University project, it is incredibly ambitious. But, the producers’ eventual aim is to enter PRE RETRO into film festivals next year and use it to secure funding for their next, even bigger project…

HELPING US GET IT MADE

Potentially, we could spend far less on this film and still come out with a finished product - we could find actors who will work for free, film everything in our friends’ houses, and eat nothing but bread sandwiches throughout the entire production. But, of course, the final product’s quality would be much, much lower.

And simply the cost of paying professional actors is a pricey business - shooting for seven full 10 hour days with just two actors could cost us upwards of £700, a cost that escalates quickly when you consider that we will be employing SEVEN professional actors. And this is without including the price of proper locations, costumes, transport for all of the cast and crew, and decent daily meals for around 15 people every day. 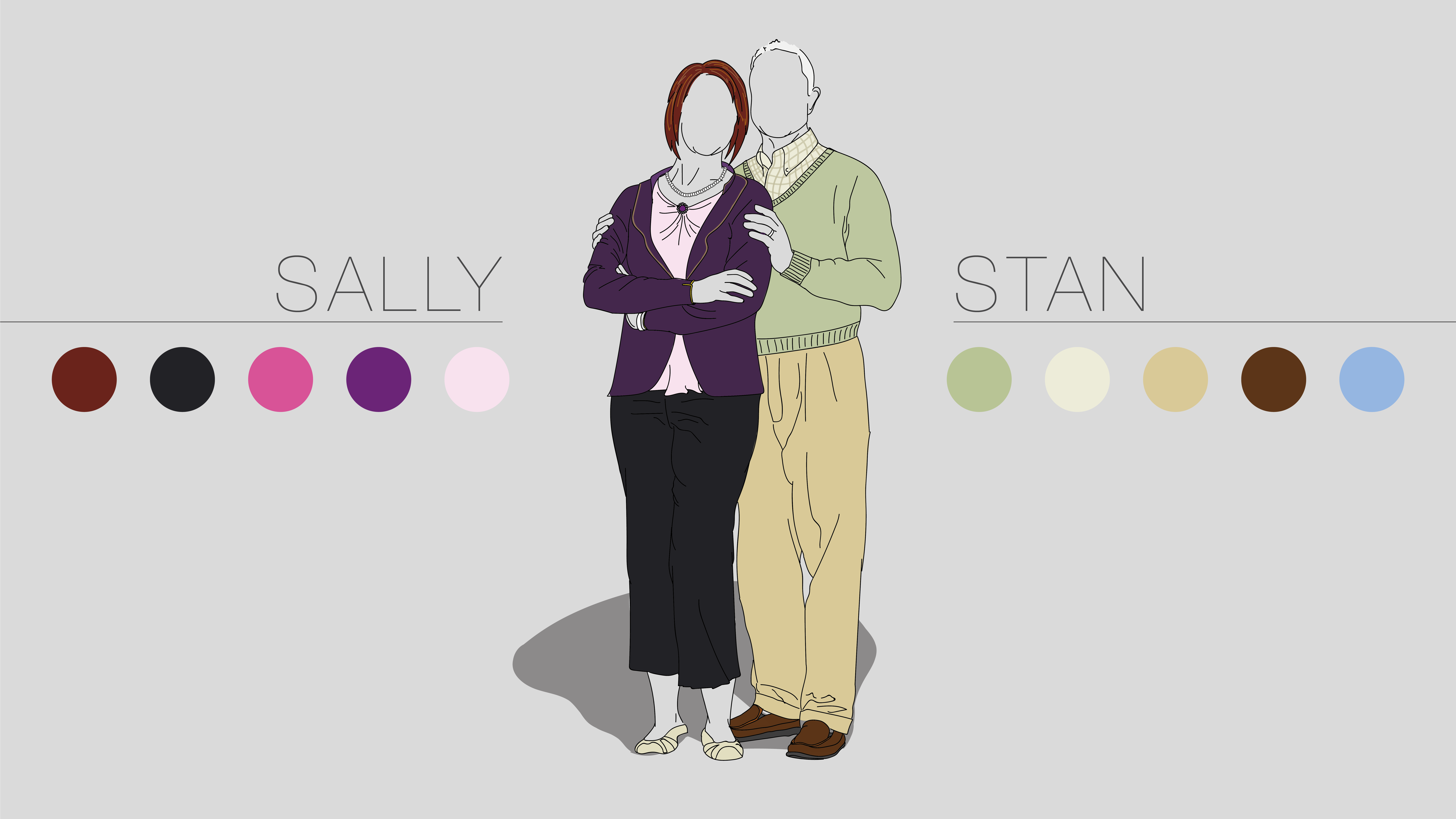 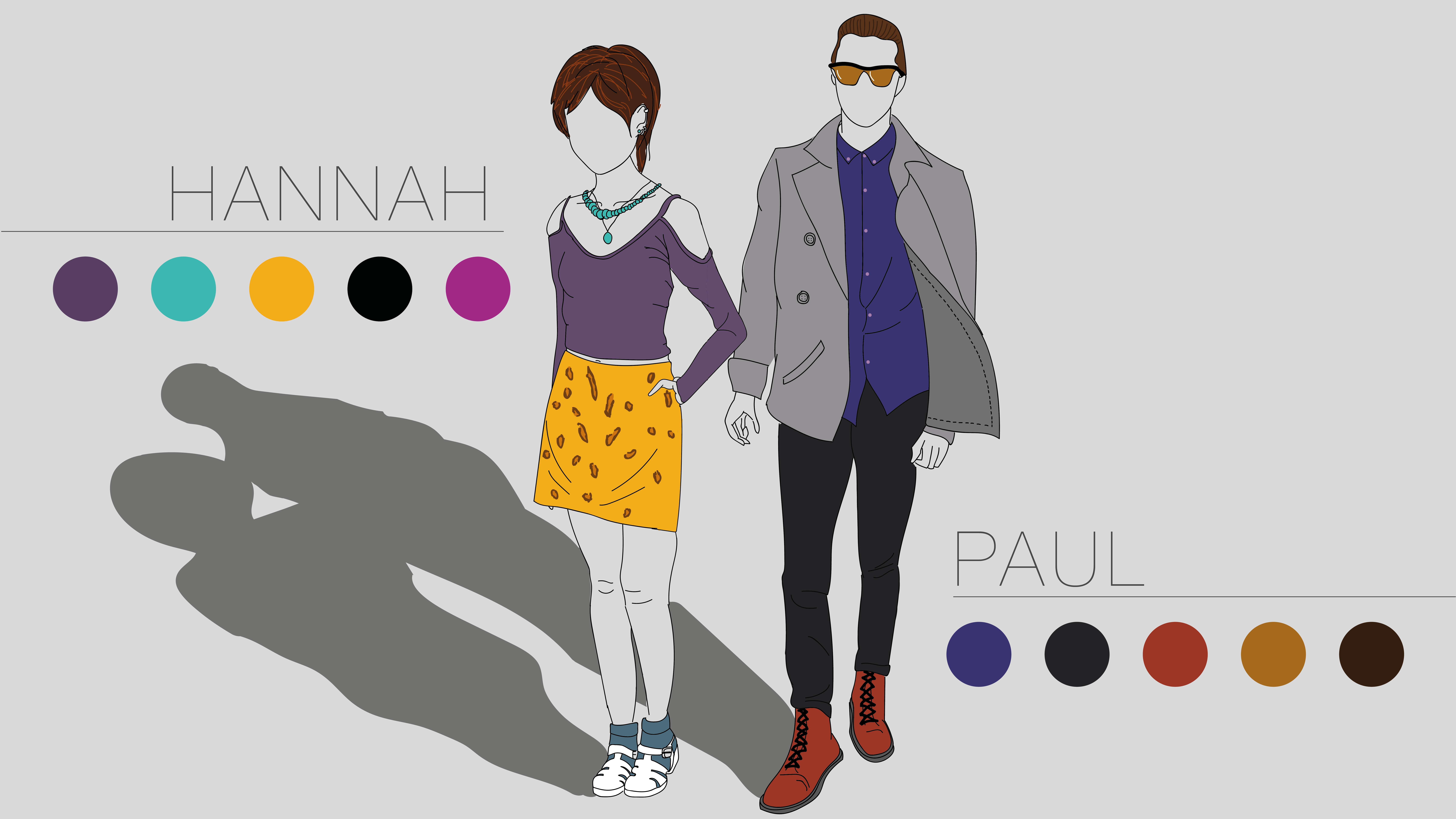 But, what do you get in return? Well, first of all, we have a host of cool rewards on this page that you will receive for donating towards this project - you could appear in the film yourself as an extra, or receive a personalised, hand-made scrapbook from the film production, or enjoy the Executive Producer experience with dinner, a few bottles of bubbly and a film screening of your choice with up to 30 friends and an ‘Executive Producer’ credit on the film.

On top of all of that, as the producers of PRE RETRO move on to create even more ambitious projects in the years to come, you’ll know that you were there right at the beginning, giving them a hand to make the film that started it all. And if you have any questions about the film or the rewards we're offering, do leave a comment on this page - we'd love to hear from you.

Thank you for reading, and maybe we'll catch you at the premiere!

Writer and Director of PRE RETRO

WE ARE REALLY HAPPY!

A big thank you to everyone who joined in with our small event at the Millennium Square Christmas Fair! We have some fabulous photos for you at the following link: https://www.facebook.com/pg/preretro/photos/?tab=album&album_id=1326515877411275

If you fancy sponsoring the film we're producing, take a look at the crowdfunding video above - we've got a heap of super rewards on offer for your donations.

Thanks again for having a laugh with us, and we hope you have a very Merry Christmas!

• Exclusive Behind the Scenes Video: See how we made the film, with interviews and footage from the film shoot.

• Be an extra in PRE RETRO: A day out on a film set at the beginning of February, you’ll be in one of the film’s most important scenes, and you’ll receive a digital photo album of pictures from the day.

• Digital Concept Artwork Package: A collection of original PRE RETRO character designs, storyboards, and graphics that we used to make the film.

• VIP Access All Areas Pass: Exclusive material from the production, as it happens - you’ll receive pictures, videos, and other updates from casting, through filming, all the way to the final film. AND you’ll get a PRE RETRO VIP badge to show off to your mates.

• First Minute of PRE RETRO, with Personalised Intro + Signed Poster: A high quality digital copy of the opening sequence from PRE RETRO, with an introduction from the producers completely unique to you! PLUS a PRE RETRO poster signed by the cast and crew.

• Personalised Handmade Scrap Book: From the Art Director of PRE RETRO, you’ll receive your very own personalised PRE RETRO Scrap Book including photos, artwork, and more exclusive bits and pieces from the production in a beautifully handmade book.

• Choose a prop for PRE RETRO: Films need lots of different props, and with this reward you can choose one to appear in PRE RETRO from our props list - maybe something that you own! And you’ll receive a credit in the film as well.

• The Executive Producer Experience: Be truly spoilt with a fancy night out on us, including dinner, a few bottles of bubbly, and a film screening of your choice with up to 30 of your friends! You’ll be able to experience the life of a big shot Executive Producer - or, it could make the perfect gift for a film obsessed loved one! (Available from mid-February onwards).