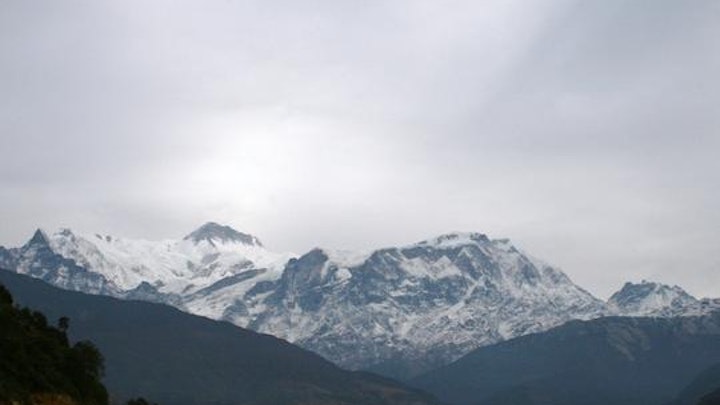 A week in the heart of the Yorkshire Dales,   one-of-a kind Japanese tea pot,   a selection of Nepal related books,   eternally useful t-shirt,   fridge magnets,   drinks in cool bars around London  and  a framed professional photo from Nepal.

Camp Hope set up a fund with an aim to rebuild the 5 villages from Sindhupalchowk. The fund is being used to source the necessary infrastructure to build houses and social infrastructure capable of withstanding a similar event. As well as this Camp Hope’s funds have been going towards to training the villagers, providing them with the skills to rebuild their own villages, but also the ability to help others and earn an income at the same time.

The land where these villages previously existed has been structurally compromised: there are deep cracks in the earth which during the monsoon have filled with water which are likely to cause catastrophic landslides. Slopes destabilised by the series of earthquakes & recurring aftershocks are at much greater risk of slope failure now that they have been saturated but the monsoon rains. The time frame for safe resettlement or relocation to alternative sites is highly uncertain. Construction and resettlement has not been feasible until now.

As many of you will know, Milla and Will were travelling in Nepal at the time when the earthquake hit and saw the damage that it caused first hand. Having joined together with Rachel, who also has a long-standing relationship with Nepal, the three of us decided to organise this fund-raising event to celebrate the rebuilding of this beautiful country that we and many others have fallen in love with.

We've begged some prizes off people and some of them are just marked up but whatever you buy you can be sure that most of your spending will be going to Nepal, if you want to just donate please visit your website below...

More info about the books:

"The Snow Leopard" by Peter Matthiessen. A beautifully written book which covers the author's trip into the Himalayas in search for the elusive and mystical mountain cat but also of a spiritual journey. (Second hand)

"While the Gods Were Sleeping: A Journey Through Love and Rebellion in Nepal" by Elisabeth Enslin. A fascinating book about an American woman who marries a Nepali man from a village in the lowlands. The book takes your through her transition to life as a wife and a woman in Nepal and follows the struggle of local women to make their voices heard. One for the feminists amounst you.(Second hand)

"Little Princes: One Man's Promise To Bring Home The Lost Children Of Nepal" by Conor Grennan. A story of a philanthropist who discovers that the children in an orphanage he visits aren't orphans at all, he helps reunite families across Nepal. (Second hand)

‘The Shaman’ by Piers Vitebsky. Learn what Shamanism is really all about! (Second hand)

FRIDGE MAGNETS - As just a little something to thank you for your donation, we've prepared a selection of beautiful images of Nepalese people and sceneries and made them in to fridge magnets and better yet, you can have a pair of them! Great additions to your fridge magnet collection. You won't know which ones you're going get but we promise they'll be great - go on, don't be frigid!!

A CHOICE OF BOOKS - Now that you're involved with Nepal, we wanted to give you a way to learn more... choose from (or let us choose from) a selection of second hand books about, or related to, Nepal: "The Snow Leopard" by Peter Matthiessen. "While the Gods Were Sleeping: A Journey Through Love and Rebellion in Nepal" by Elisabeth Enslin. ‘The Shaman’ by Piers Vitebsky. "Little Princes: One Man's Promise To Bring Home The Lost Children Of Nepal" by by Conor Grennan. Make your choice by emailing or messaging one of us, see blurb on the left for more detail.

FUNKY TEE - Get yourself a funky t-shirt designed by the amazing and oh so talented Amy Falkenburg. Go on...

NOTTING HILL COCKTAIL EXPERIENCE - two killer cocktails of your choice in one of London's coolest casual bars. Think about it, you can quite easily spend at least £12 on a cocktail but this time, 100% of that will be going to Camp Hope! The Little Yellow Door in Notting Hill Gate is based in a fictional flatshare house with mix of cosy armchairs and patterned rugs, an eclectic mix-match of quirky possessions, a projector film running on the wall and plenty of contemporary art on the walls.

ORIGINAL PHOTOGRAPHY - A beautiful professionally taken and printed photo (roughly A3 size) taken two months before the earthquake by Tom Falkenburg whilst working with the Gurkha Welfare Trust. We're feeling generous so we're even going to frame it for you!

WELL RENOWNED TAKA MASU POTTERY - Waka Artisans is donating an intricately decorated teapot by celebrated artist, Taka Masu - featured in all the top pottery magazines in Japan. 100% of the sale will be donated to Camp Hope. Go to the Waka Artisans website for more information: http://www.wakaartisans.com/ store/p402/Donation_to_Rebuilding_Nepal.html

LONG WEEKEND IN YORKSHIRE DALES WITH UP TO SIX OTHER FRIENDS - How long have you been planning to go on that epic road trip up North with a couple of friends in your beloved car? Well now's your chance!! We're offering a long weekend away in an idyllic home nestled in amongst the rugged fells of the Yorkshire Dales. Be surrounded by nothing but nature and sheep for as long as four days at any date of your choosing. The house holds up to seven people so why not make it an event to remember? That's only £85/person for three king-sized beds and one single! The area is famous for its beautifully untouched scenery and after a long walk, you can kick back beside one of the two fireplaces - at this point, roasted marshmallows and hot chocolate are a must!