We're Roulette. York's most charming 4 piece punk/rock/pop/indie band. We're raising £1,000 in order to record our long awaited debut album. We formed back in 2014 and two years and two singles later we're ready to share with the World our handy work.

Formed in 2014 off the back of a chance meeting at The University of York, we soon began gigging and writing their own material. The debut single 'Two Kids' followed in early 2016 accompanied by the iconic 'mobility scooter' music video. With Bill Cotter's enigmatic lyrics accompanying fast paced drums, brawny chords and an athletic bass riff we soon discovered our distinct sound.

Bill Cotter's the man on the mic.

Zac Smith on the bass.

Jack Spring sits at the back, hitting things, occasionally in time. 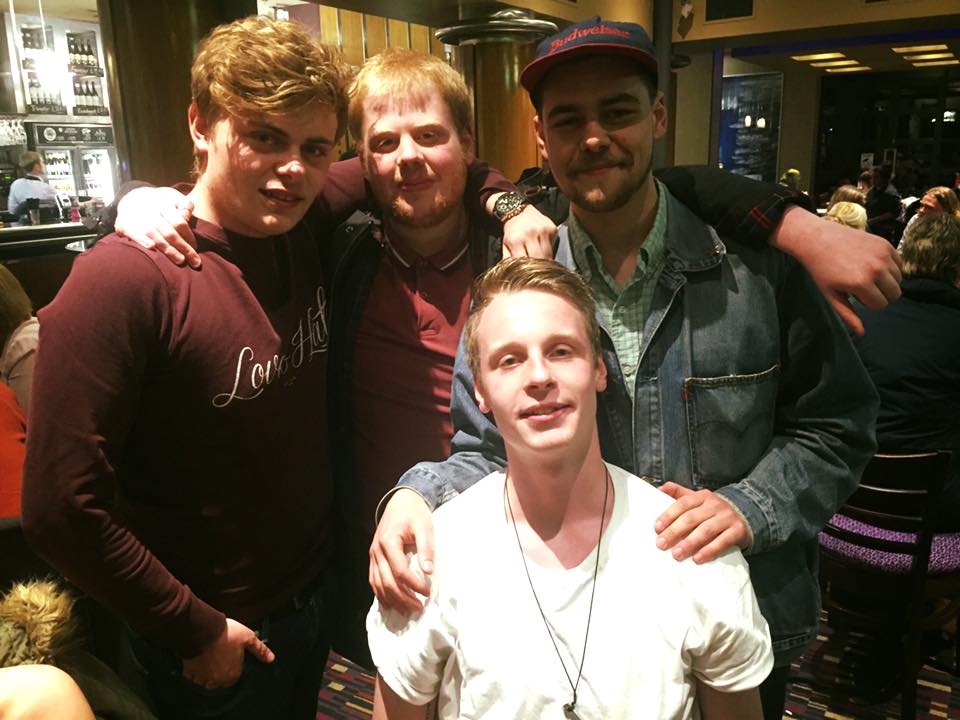 We've got a distinct sound which we're rather keen to share with the World. So what's stopped us so far? Money.

Unfortunately Music Production is an expensive industry, being a huddle of skint students this has been the stumbling block to the band going further than we already have.

We're convinced that given the opportunity to record a full length album we'll be able to take Roulette to the next level - this is where we need help from you.

Want a taste of what's to come?

Take a look at the music video to our debut single 'Two Kids';

Any Questions, or Fancy a chat? Get in touch.

We're over at www.facebook.com/RouletteMusicBand if you've got any questions, or just want to talk politics.

Please do give our crowdfunding page a share - on average each share brings in £14 million to the album fund. (That's a lie, but it will help!).