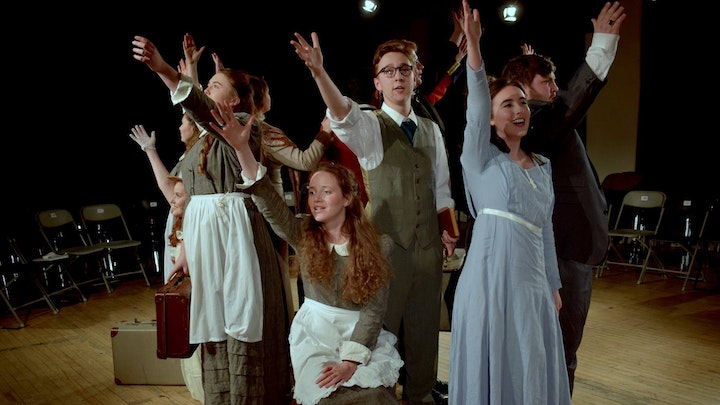 This project received pledges on Mon 13 May 2019

We are raising £365 to help pay for the technical equipment needed which will allow our production of Spring Awakening to reach its full potential.

Spring Awakening is a production by the University of Manchester Musical Theatre Society, more fondly known as UMMTS. We have a tradition of producing top-quality shows that are highly-regarded by audiences in and around Manchester.

Spring Awakening is a rock musical that first opened on Broadway in 2006. It is, however, a story that dates back to 1891 when German playwright Frank Wedekind first shocked contemporary audiences with his play that features themes of suicide, abortion, homosexuality, sex and consent, and domestic abuse. Over a century later, Wedekind’s story is more pertinent than ever and it opens up conversations about topics that are not talked about enough. The musical shows the characters and their narratives in a whole new light, and the cast and creative team all feel very passionately that these are stories that need to be seen and heard.

We will be performing Spring Awakening for four nights in The University of Manchester’s Student Union Council Chambers. We have 13 cast members made up of very talented students at The University of Manchester. Not only that but we have an amazing creative team; director, assistant director, musical director and producer, that are all working extremely hard to make this production be a success. Everyone involved had to audition for these roles and they’re juggling their role in this production alongside their various degrees because they’re so passionate about this show!

It is an amazing experience for students to be involved in a professional production like this. By donating to this project you are enabling them to enhance their performances and make the production even more professional and special. Although the students involved in this play are studying a wide range of subjects, many of them aspire to a career in musical performance – how amazing that your donation to this project could be the catalyst this!

How will your money help?

Our budget does not cover the full cost of the technical equipment needed for this production. We have elected to stage the show in traverse, a decision which has been essential in the creation of our production, but which is more technically demanding in the rigging of lights and amplification of sound as audience members will be seated on two sides of a long stage. Also, due to the ensemble-nature of the production whereby every cast member has a speaking and singing role, we need four microphone packs, each one costing £65. We cannot afford this cost with the ticket sales alone.

If we hit our minimum funding target of £300 we will spend this on four microphones of £65 each. This will mean that all the main characters will get one. This would be amazing as all the songs and spoken word that they have will be able to be heard clearly. It will also leave £40 for us to get a loudspeaker which is critical to the sound quality of the musical.

If we hit our full target of £365 then the additional money would go on an extra microphone. This means that one more person will get a mic and will mean less swapping of the microphones that we do have among the cast.

If things really take off and we raise more than our target then anything that we make over £365 will go towards paying for six wooden chairs which make up the entirety of our set, and the costumes for thirteen cast members, all of which need to be in-keeping with the setting of 1900s Germany.

We will update you with our progress once a week before the show and on the show week.

What's in it for you?

We have some fab rewards to thank everyone who donates, whatever the amount you give. You can see these on the right side of the page!

Follow us to find out how we are doing!

Help us to succeed

The Spring Awakening thanks you for your kind support and for taking the time to look at our page.

However, giving money is the most direct way to help us make our musical the best it can be! Please sponsor us now to make Spring Awakening happen.

Get a thank you letter from the cast (UK shipping only).

A massive THANK YOU form the UMMTS team. We will thank you by Tweet and Facebook with a musical theatre twist... We'll contact you to ask for your social media handles/names in order to do this.

We will include your name in a sponsors list in our programmes for the two performances. You can get your hands on a programme by coming to watch the show :)