Secure a future for your student cinema!

We are Warwick Student Cinema (WSC) and we need your help! Following the breakdown of our digital projector in March, we are fundraising for a replacement so that we can continue to present great cinema to the students and faculty of Warwick, as well as the general public.

WSC is an award-winning, professional standard cinema, run by the students of Warwick Film Society not for profit. We provide a high quality cinema experience to the staff and students of the University of Warwick in Coventry, as well as warmly welcoming members of the wider community.

We believe that cinema has the power to bring people together and to encourage an interest in film as entertainment and as a form of art. WSC endeavours to be a space for everyone and is considered an integral part of campus life by many. Over the course of its existence, it has become a core part of the University experience for both casual filmgoers and enthusiasts alike. 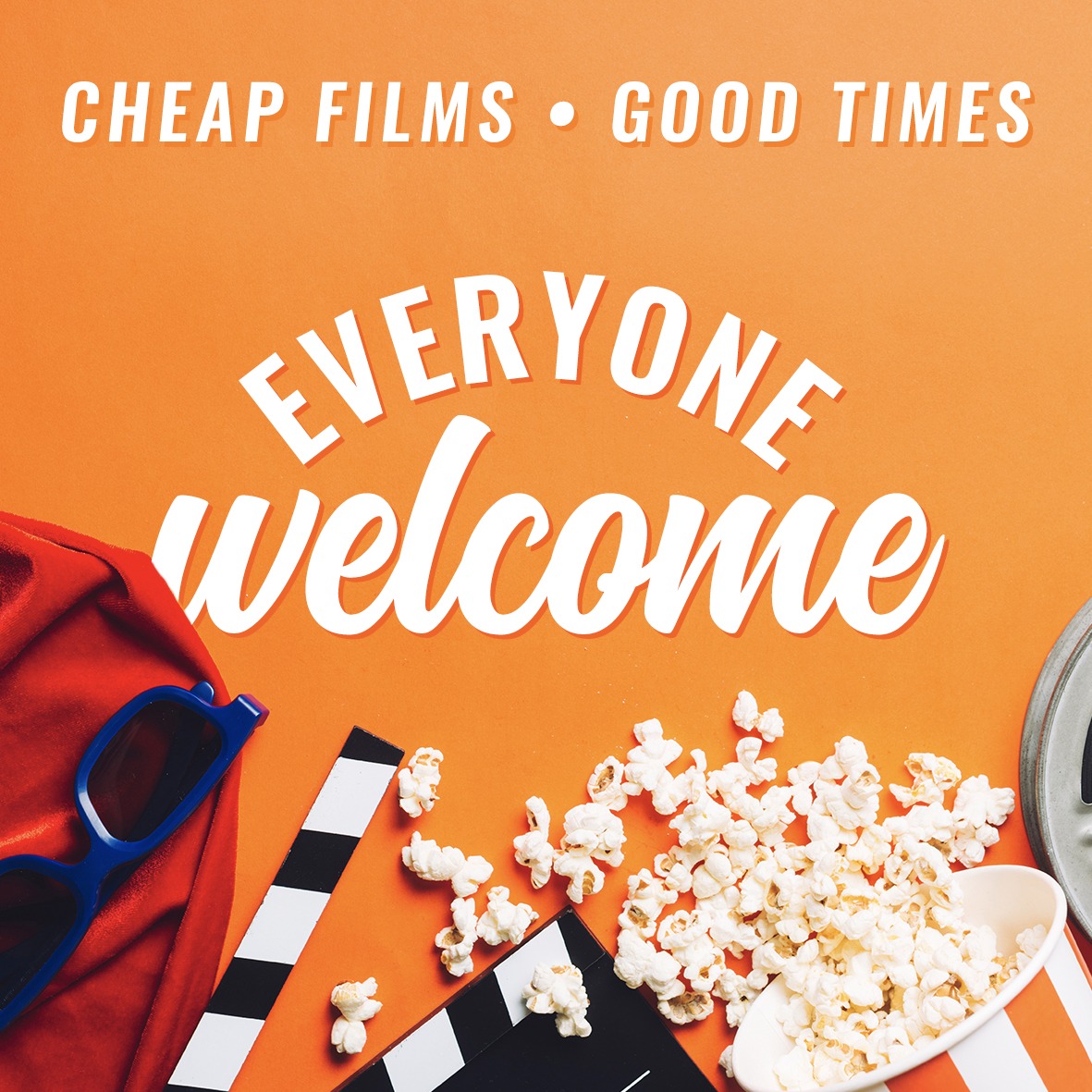 Since 1973 we have worked tirelessly to bring you the latest films at the lowest prices, with the same industry-standard equipment used by commercial cinemas in order to provide you with the best cinematic experience possible with immersive picture and sound.  We are also proud to be one of the few venues in the country – and the only venue in the Midlands – that can present high resolution 70mm film, having recently shown Christopher Nolan’s epics Interstellar and Dunkirk as well as the brand new “unrestored” print of 2001: A Space Odyssey as part of its 50th anniversary celebration.

In 2011 we were lucky enough to acquire digital projection facilities to complement our existing 35/70mm film projectors, which enabled us to continue bringing you the latest and greatest releases without sacrificing the movie-going experience, just in time for the film industry’s move away from 35mm as a mainstream format.

Due to the film industry phasing out 35mm prints, we now rely on our digital projector to bring you a varied programme of independent cinema, as well as brand-new movies only a few weeks after their release. Unfortunately, our existing equipment has failed and has been deemed to be beyond repair and, as almost all new releases are only available digitally, we urgently need a replacement. Our current emergency programming of showing one 35mm film per week is financially unsustainable in the long term and we would no longer be able to remain active. Industry experts have confirmed that the new projector, with its latest generation of technology, would allow the society to prosper with improved image quality, keeping us relevant, and is reasonably expected to last in excess of ten years.

Having a thriving schedule anchored by the latest digital releases will allow us to continue providing future students with new programming that is of interest to everyone. This also gives us the privilege of introducing our audiences to our vintage film projection equipment. This gives us the rare opportunity to showcase classic, forgotten or underrated features of the past on 35mm and 70mm film, presenting them the way their creators originally intended them to be seen.

All proceeds from ticket sales are invested back into the running of WSC, as we are an entirely non-commercial enterprise. After 47 proud years of inviting generations of students to indulge their passion for film with us, we now need your help to secure the future of your student cinema by contributing to the purchase of the new digital projector we desperately need. With successful fundraising we envisage that Warwick Student Cinema will remain a core part of the Warwick experience, and a part of the wider community cinema movement in the West Midlands for decades to come. 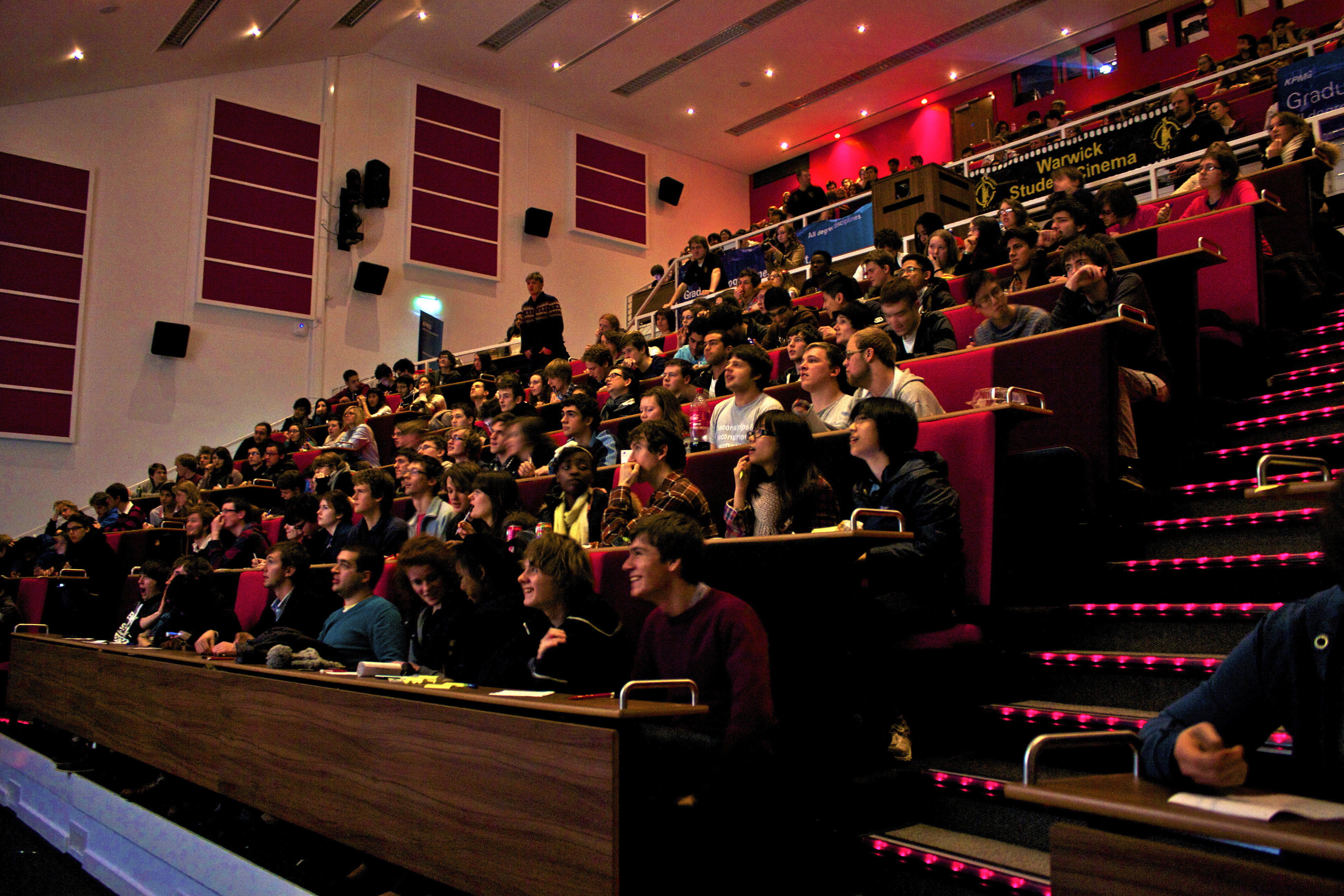 With every donation made, there is the option to receive a small token of our gratitude, especially for supporters of Warwick Student Cinema. Specially created WSC-branded filmstrips printed on real 35mm cinema film are one of many gifts that you can choose. See the donations page for more details on the gifts available.

If you want to know more about us and our crew please visit our website at warwick.film or contact us at info@warwick.film.

Take a look at our social media accounts where you can keep up to date with all the amazing movies we put on and see some of the great events we’ve hosted in the past!

Even if you are unable to donate money towards the replacement of our digital projector, you can still help in a big way by spreading the word! Please share the project on social media, or mention it when chatting to someone. We think we have a very special community here at Warwick Student Cinema and would hate for it to end after almost 50 years. Every £1 helps – If everyone that attended a film this year donated just £5, we would meet our target.

Select this reward to receive one free film pass to your choice of any of our standard shows at Warwick Student Cinema (a perfect chance to enjoy the new projector in action!).

Select this reward to receive a WSC film strip printed on real 35mm cinema film, specially created only for FilmSoc supporters as a thank you for donating.

Select this reward to receive a free film pass for a whole year to ALL of our shows at Warwick Student Cinema.

Select this reward to receive a personalised Warwick Student Cinema zip up hoodie, specially created for FilmSoc supporters as a thank you for donating.

Select this reward to become a Lifetime FilmSoc Associate, and receive unlimited free films to ALL of our shows at Warwick Student Cinema forever.

Select this reward to choose any film to appear on our schedule (in any of the formats we can show). Including free tickets for you and as many of your guests as we can seat! (we will do our best to get hold of any new release or classic archive print, but not all films are always licensable and so in rare cases we may have to ask you to choose something else - before you ask Lucas won't let us show Star Wars I-VI).

SPONSORSHIP or PERSONAL THANK YOU – Select this reward to receive a bespoke sponsorship package including company logo on all printed publicity distributed on the university campus, logo on the FilmSoc website and sponsorship slide displayed before all WSC screenings for a year. Or, if this is a personal donation, you will be personally thanked on our printed publicity, on screen before shows, and on the society website.