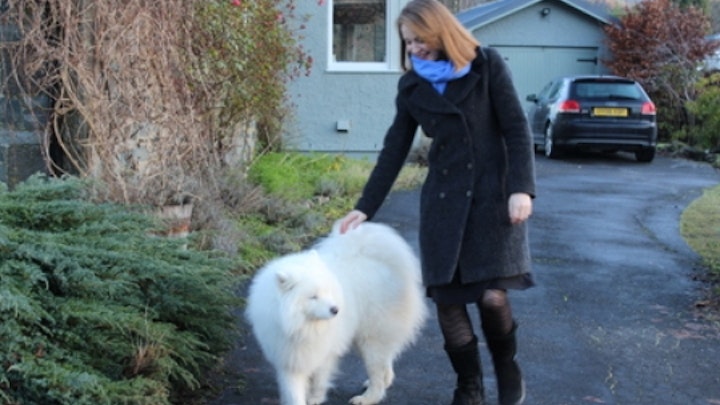 My name is Amber Strang and I have been offered the opportunity of a lifetime to undertake a PhD in Psychology at Goldsmiths in London starting in January 2015.  This would place me at the forefront of research in a new and exciting area of Psychology that concerns super-recognisers and super-recognition.

I have the opportunity to conduct research under the supervision of Dr Ashok Jansari, who is one of the foremost researchers in this area in the UK.  I am passionate about pursuing this opportunity and bettering our understanding of this unique ability and am therefore appealing for your help.

Super-recognisers comprise a very small percentage of the population (estimated to be between 1 and 2%) who demonstrate exceptional face recognition skills.  Super-recognisers are able not only to recognise the faces of people they have passed in the street years after the event, they are also able to instantly age faces (ie. recognise people from their childhood photos) and to recognise faces which have been turned upside down and pixellated or blurred.

The London riots in 2011 produced over 200,000 hours of CCTV footage which had to be looked through in order to identify suspects.  In analysing the footage, a select group of Met Police officers were able to substantially outperform computers that were using face-recognition software.  As images such as those from CCTV and social media are increasingly used by police to solve crimes, the need to be able to quickly and accurately identify suspects will be paramount.

The term “super-recogniser” was only coined in 2009 with the discovery of Congenital Prosopagnosia.  Also known as face blindness, Prosopagnosia is a rare disorder which renders sufferers unable to recognise faces, even their own and those of friends and family.  They are only able to recognise individuals by focusing on other visual cues such as the voice, clothing or hairstyle.  As they are still able to recognise those familiar to them, albeit by other means, many sufferers are unaware that they have a problem.  Previously it was thought that prosopagnosia resulted from damage to the face recognition circuitry of the brain but recent research has shown that it can also have developmental causes and be present from childhood or even birth.

Having established that around 1-2% of the population suffer from Congenital Prosopagnosia, researchers reasoned that a similar percentage of people at the opposite end of the spectrum must have enhanced face recognition skills.  This minority group is now referred to as super-recognisers and, since this discovery, psychologists have been trying to determine exactly how and why this special ability arises.

If we can identify exactly how super-recognisers acquire their unique ability or whether they are born with it, we can seek to improve face recognition software resulting in better crime prevention and conviction rates.  However, the potential applications are not limited to crime prevention but could also improve national and international security.  In addition, by focusing on exactly how the human brain recognises faces we could potentially help the small percentage of the population with face recognition skills far below average.

Competition for paid research positions is fierce and I have so far been unable to find work which would not only enable me to support myself but also to fund my studies.

My MSc at Abertay in Dundee (for which I received a Distinction) was completely self-funded and I continued to work whilst attending university.  However, I was only able to do this by staying locally with family and this is no longer an option.

Sadly, postgraduates are not eligible for loans from the Student Loans Company and a personal loan would cost me a considerable amount of money in the long-term.  In addition, personal loans have to be repaid irrespective of earnings meaning the loan would be repayable whether I was in paid employment or not.

I have calculated that I will need between £22,000 and £25,000 per year to cover living and academic expenses.  How have I arrived at those figures?  Broken down, the annual costs look like this:

Whilst I have every intention of either finding a paid research job or of procuring funding through the university, that will take time to organise and things are getting close to the wire for a mid-January 2015 start.  I am therefore seeking help to at least ensure that I am able to meet the initial cost of my academic fees and be able to pay for living and other academic expenses whilst I try to get paid work or funding organised.

I have always been interested in Psychology and what drives human behaviour and, having completed an MSc, I now wish to take the next step towards a career in research by studying for a PhD.

On a more personal level, I love travelling, flying, archery (longbow and recurve bow), running, cooking and arts and crafts, not to mention the “usuals” such as reading, cinema, music etc.  Generally speaking though, if it’s a bit different, I’ll give it a go!

Please give anything you can.  As a well-known supermarket asserts, “Every little helps”!  Not only will you win my undying gratitude, you will also genuinely be contributing to science and improving our understanding of the vital and complex cognitive processes which go into recognising faces.  Plus, you will also get to choose one of the great rewards on offer to anyone and everyone who donates to my project.

Also, please feel free to spread the word, the more the merrier!!!

A personal thank you on Twitter plus access to a private Facebook group page which will be updated regularly on the progress of my project. I will also provide you with information and links to publications about other research into super-recognition.

All of the above, plus a mention in the acknowledgements section of my PhD thesis.

All of the above, plus a copy of my PhD thesis.

All of the above, plus I will make and send you a bespoke paper lantern of your chosen size and design, which can be used as a decoration or as a light shade.

You will receive all of the above, plus I will make and send you a bespoke, framed origami kimono, like the one pictured, which would look great on the wall or make a great and original present.

All of the above, plus I will personally spend 8 hours researching our family tree and will provide you with a family chart and copies of relevant historical documents.