Help a children's show about a tap dancing coffee bean go to the Fringe Festival!

We need to raise money (ideally about £5,000) to take our original show to Fringe. After selling out our run in Durham and receiving incredible reviews (extracts below), we decided to take our show to Fringe! The show is being developed as a family show intended to teach children about sustainability and the environment in a fun and interactive way! 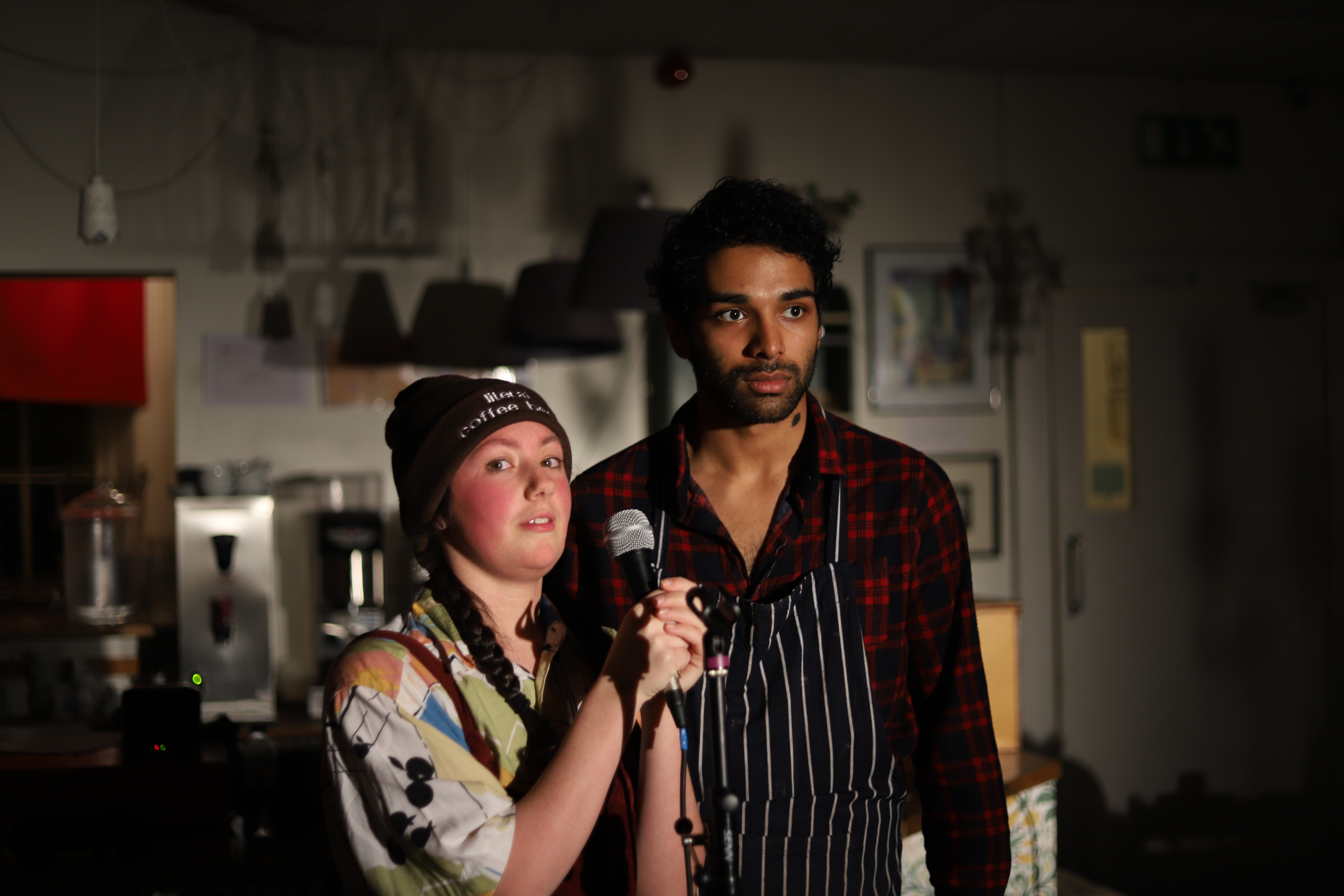 Tappuccino was originally written by Rhys and Rosie, both Durham University finalists. Tappuccino is unique as it combines several different art forms (song, tap dancing, puppetry, circus etc.) to tell the story about a coffee bean who escapes being turned into a coffee in order to pursue her dream of being a tap dancer (yes..!). We wanted to create this literally because we wanted people to smile, and after our sell out run in Durham we think we succeeded!

A brand-new interactive, playful and joyous show that follows a tap-dancing coffee bean on her adventures across the world! From befriending a barista to saving the rainforests, though this bean is little, she has big dreams and dares to be different.

Told through original songs, tap dancing and circus, this show is pure magic and promises to be a 'sweet theatrical experience like no other' ★★★★★ (Palatinate).

We decided to develop this into a children's show as we realised it had a huge potential to appeal to children and educate them on sustainability and the environment in a fun and interactive way. We would massively appreciate any donation whatsoever towards this project as it's not simply donating to a show to go to fringe, but an investment in a show that could be further developed into a way to educate children on the environment! 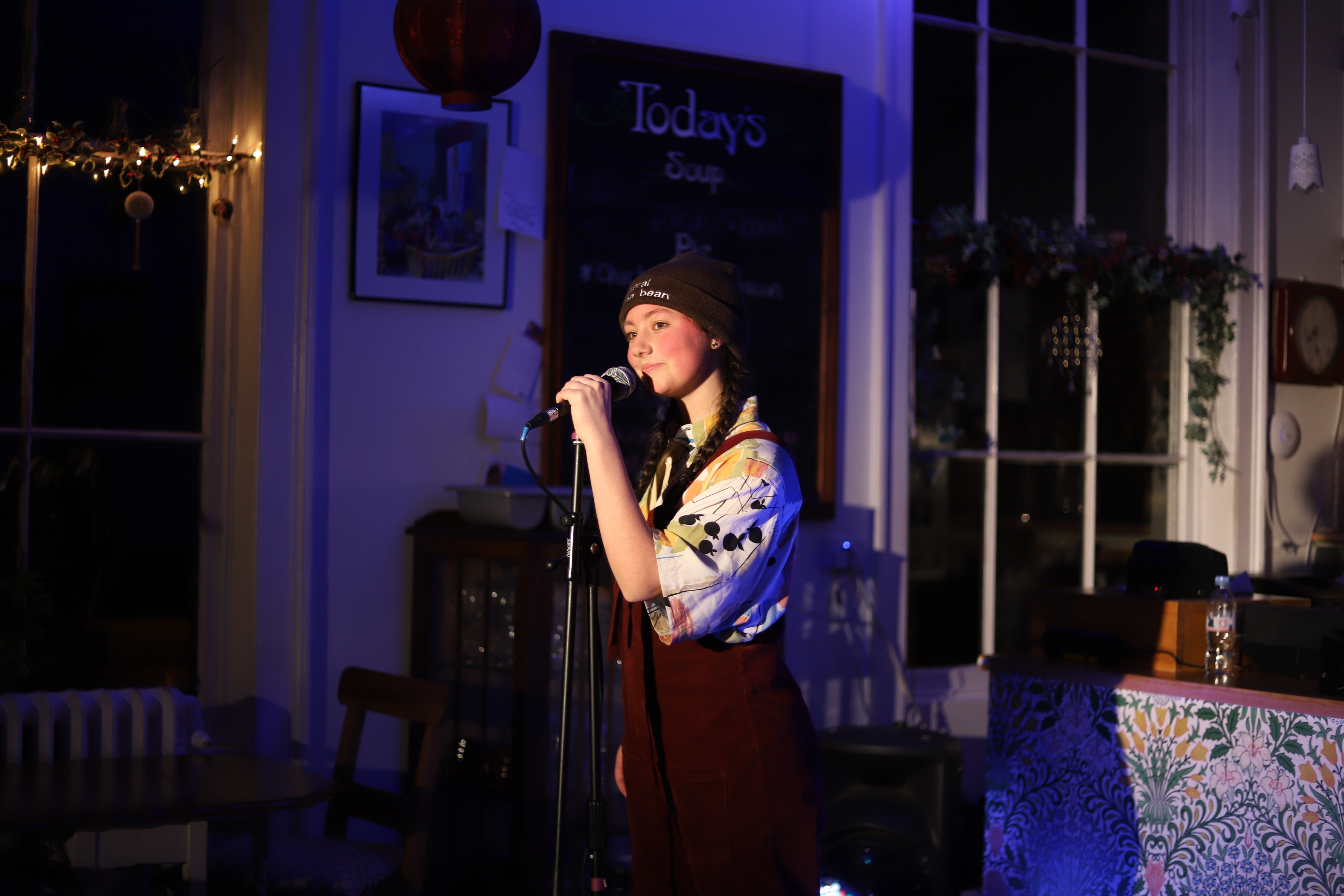 The money will go to all costs that Fringe include. If we reach our minimum all of this will likely go towards the venue. We were very lucky to get Gilded Balloon for the month (one of the biggest and most successful Fringe Venues, which will help MASSIVELY with our ticket sales), but means we have to pay a lot of money to have the venue! All the costs below are essential and so we have to find other funding or pay fromour own pockets!

Personal living costs for us both: (around about) £800-£1000to live in Edinburgh for the month

We have several fun rewards, mainly mentioning key donors and exposure and public gratitude of your good will!

‘Tappuccino makes simplicity work in its favour and does the impossible in bringing a literal coffee bean to life. Such a fun and unique project, ... it is something special.’

‘Rosie Dart is incredible in her role as the coffee bean. She is caffeine incarnate. She brings abounds of energy and talent in a kinetic performance, and you will be in awe at her for the entirety of the production.’

‘Rhys Rodrigues is a very good fit for his role as barista, and is also a clearly talented musical performer.’

‘The two performers are seamless.’

‘This short production is indeed hard to find fault in’

‘would recommend to all for an intriguing and sweet theatrical experience like no other.’

‘I urge the masses to witness it’

A video message from Rhys and Rosie saying thank you!

A signed poster of the show!

We will write an ORIGINAL song for you! It can be about anything! Your pet, your receipt holiday, you're wife's birthday- whatever you can think of we'll write a song for it!

We will perform ANYTHING you want at any live event! We can write a song and perform it, perform a famous song from any genre, a tap routine, a drum solo- whatever musical/theatre performance you want we can do!