An undergraduate prize at Christ Church, University of Oxford 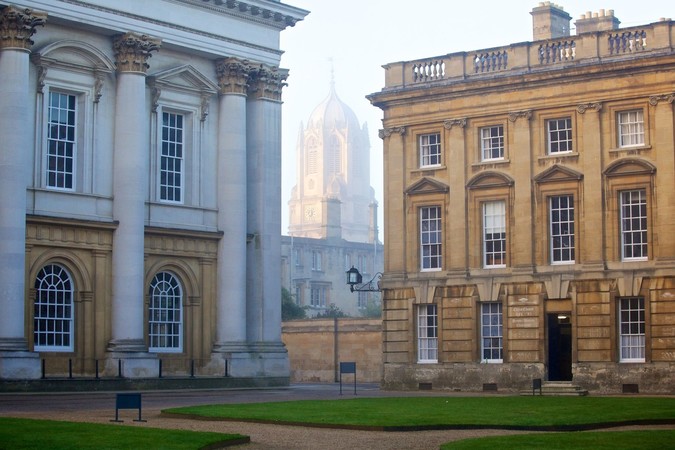 The Francesco Palla Memorial Prize in Astrophysics is the first undergraduate prize in astrophysics at Christ Church, University of Oxford. This prize aims to mark Francesco Palla’s memory and academic legacy in the field of astrophysics, by supporting young outstanding students and encouraging scientific research.

The Francesco Palla Memorial Prize in Astrophysics: why a fundraising?

The creation of The Francesco Palla Memorial Prize in Astrophysics at Christ Church was proposed in 2017 by Francesco's goddaughter, Adele Bardazzi, who completed her PhD at Christ Church, Francesco's daughters, Arianne and Barbara Palla, and wife, Sylvie Duvernoy.

A rich international group of astronomers from various academic institutions supported this project, in particular, Professor Roger Davies, holder of the Philip Wetton Chair in Astrophysics at Christ Church, and President of the European Astronomical Society.

In order to fund the prize, a first fundraising campaign was launched in 2017 in connection with the Oxford Half Marathon. Thanks to the enthusiastic participation of many colleagues, friends and family members, we raised funding for the first few years of the prize. Click on the link below and check out the webpage for the first stages of the prize and its fundraising.

Now that the first prize has been awarded (to Timothy Davies in 2018), we aim to ensure to ensure that the prize is funded in perpetuity, thus marking Francesco's academic legacy and memory in a significant and lasting way. To achieve this, we aim to create a £ 10 000 endowment fund through the Christ Church Benefaction Account, that will provide the amount needed for the prize every year.

The creation of this prize would have not been possible without the support of such a vibrant and international community of scientists, academics, friends and colleagues who we hope will continue to grow and support this project. We wish you will decide to join us in this enterprise by contributing to the fun by either individual or institutional donations.

The annual value of the Francesco Palla memorial Prize is of £ 300. It is awarded every academic year according to the selection criteria overseen by Professor Davies and other members of staff of the Faculty of Physics of the University of Oxford. The financial aspects of the Prize are all administered at Christ Church by the Development & Alumni Office and, specifically, through the Christ Church Benefaction Account.

Let us break down the numbers for this fundraising:

Who is Francesco Palla?

Francesco Palla read Physics at the Università La Sapienza in Rome where he specialised in Astrophysics. Winning a European Space Agency grant, he went on to work with Professor Edwin Salpeter at Cornell University, Ithaca (NY). In 1980 he was summoned to the Osservatorio Astrofisico di Arcetri in Florence, where he pursued research in various fields including star formation and evolution, the physical and chemical processes of interstellar matter, and cosmology. He was Director of the Osservatorio Astrofisico di Arcetri between 2005 and 2011, and was about to be appointed President of the European Astronomical Society when he died prematurely in 2016. In addition to his work as a scientist, he always devoted himself to popularising astronomy, reaching the wider, non-academic audience, posthumously winning the Regione Toscana’s Giulio Preti Award for the popularisation of science. Francesco was also a member of the Accademia delle Arti del Disegno di Firenze. In 2017 a minor planet was named after him, (296928) Francescopalla.

Thank you for your interest in this project and for your support!

If you wish to receive updates about the Prize and the fundraising campaign please subscribe to our newsletter, by clicking on the "Get in touch" button on the top of the page!

A personal thank you postcard with beautiful watercolours of the night sky painted by Sylvie Duvernoy, from her and Francesco Palla's book "The Little Prince's Universe" (2017)!

An A4 print of one of the beautiful watercolours of the night sky painted by Sylvie Duvernoy, from her and Francesco Palla's book "The Little Prince's Universe" (2017)!