Lost in Space, an astronaut must come to terms with his past and place in the Cosmos

Tethered by a thin white rope, an astronaut repairs the outer shell of his spacecraft. When suddenly the ship is pulled out of his reach into the vibrant clouds of a gaseous giant.  *the rope snaps*

Lost in space with a limited supply of oxygen he is stuck in orbit several light-years away from earth.

Alone in the void and filled with regret he must come to terms with the past. An only a child at the time, his father plunged into the depths of the ocean, never to resurface again. Now, wandering the cosmos, he draws parallels between him and his father's desire for exploration. From acceptance to transcendence, he must shed the suppressed wounds of the past, and ultimately must transcend himself.

We're filmmakers creating our final graduation film which will be exhibited at the Genesis cinema. 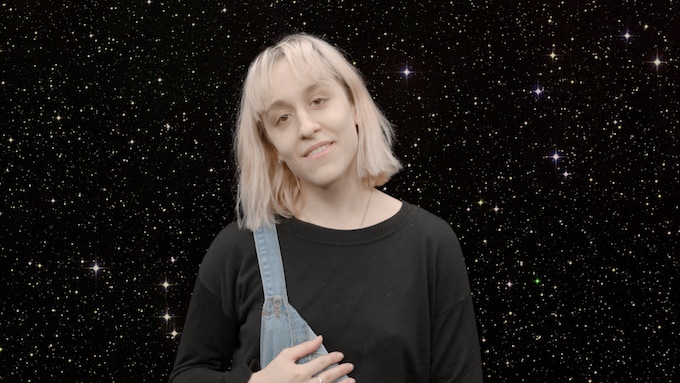 Travelling and activism are both large passions of mine. I've spent the last year documenting free cultural spaces in Copenhagen, Amsterdam and London by delving into their alternative socio-political structures. This next project won't swim within the same waters of realism, but rather into a mirage of a man's experience in space. Having directed a sci-fi about surveillance-state oppression, this film will rely on techniques previously acquired: green screen, composting, liquid light show projections and other analogue VFX techniques. Blending abstract expressionism with the theme of loss, love and transcendence, I'm very excited to be tackling these grand issues we all experience within our lifetimes. 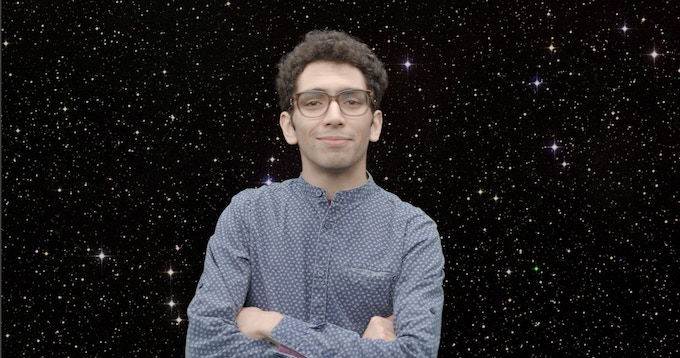 Coming from a background in photography and literature, I've worked with film for the last six years. During which, I've become something of an all-rounder - having worked on sound recording, editing and producing for several finished shorts, from documentaries to more art house pictures. But my focus, and greatest passion, has been writing, especially Sci-Fi's. I've written three scripts and produced one, which tackled issues such as the surveillance-state, body-image in the age of the selfie and internet addiction. This project will be my biggest challenge so far, but also, one that I am most proud of. I'm looking forward to the premiere. 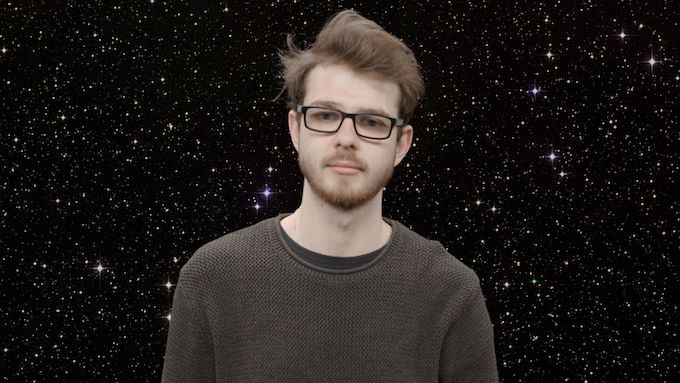 I'm what some would call an 'army brat'. I've travelled a lot in my life which is fundamentally where my passion for film came from, as it made me interested in so many aspects of life and human nature. Sci-fi is a very ambitious genre to focus on, including so many elements of a different world that instantly grabs my attention. Being the person that brings all the various elements of a sci-fi film together is something I take pride in, because this type of technical filmmaking has to be structured and well planned due to all the various components. 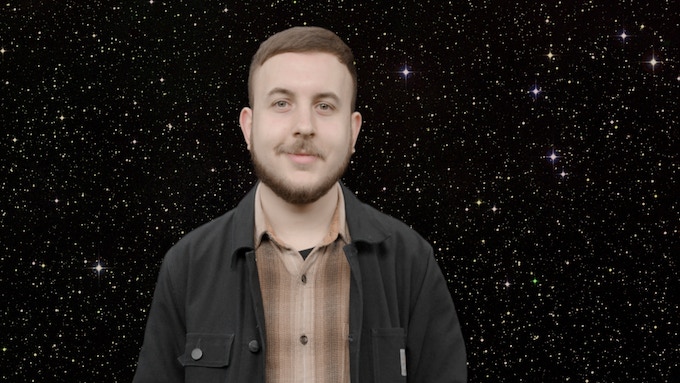 Commissioned by Channel 4’s Random Acts, I wrote and directed the 2017 short TIME DESTROYS ITSELF screened at the Institute of Contemporary Arts. I've worked freelance as part of a film crew in London for the past three years and have had experience shooting corporate media and events for companies such as Red Bull, Google Chrome, HSBC. 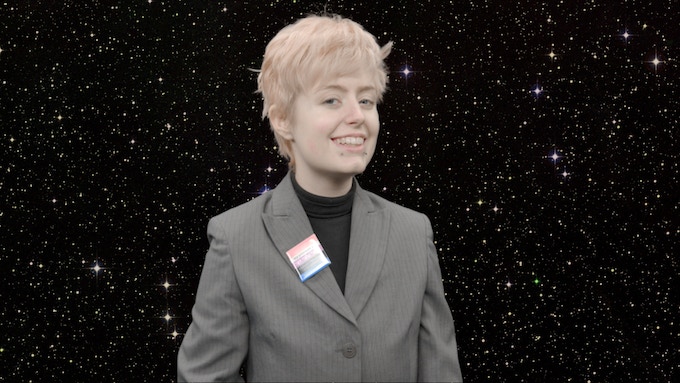 I'm Paris and I'm one of the people working in the art department for this film. I've worked as art Director on several occasions for other university projects. I've been waiting years for the chance to work on a Sci-fi film so I'm super excited for this project! I will be using a range of different inspirations: from more 'realistic' Sci-fi films like 'Gravity', to over the top Sci-fi anime's like 'Space Dandy' and 'Cowboy Bebop'. I aim to give the film its own cool futuristic style using these influences. 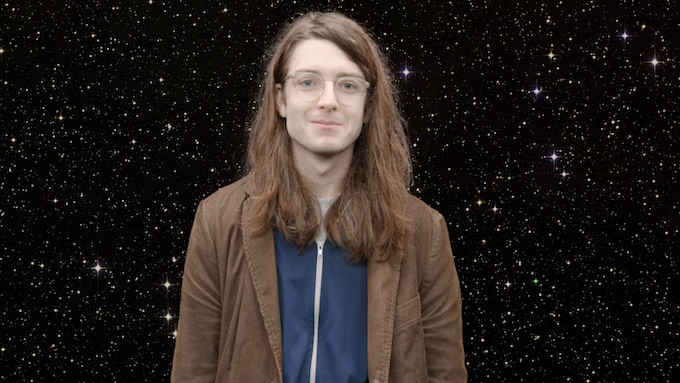 As editor for the film, I'm looking forward to using creative techniques in post to create interesting and believable visuals but also integrating the use of practical effects. Films such as Moon and The Tree of life have inspired me to use these effects. I've always been interested in the use of traditional editing, also experimenting with pace and structure to provoke a more subconscious effect.

I’m the sound designer of the group. The main technique that I been looking into, which will distinguish our project from other space related films, is that we hope to design the sound to make it internally contained within the helmet of the protagonist. In doing so, the film will become more interactive, as the viewer may feel as though they are watching the film from inside the helmet, but will also allow great freedom in exploring otherworldly sounds. This technique will also contribute to smoother transitions, some of which will follow the direction of the sound.

Alongside Paris, I am also working as art department on this film. Having worked within the art department previously on other projects, I am excited to implement what I have already learnt in order to try and create a visually successful sci-fi, as well as learning new skills along the way. Inspiration from other classic sci-fi's will help us to re-create a dystopian space setting, in which the protagonsit and audience alike, can find themselves immersed.

We are recreating Niall's internal and external experience of being lost in space. Filled with regret, he remembers the day his father plunges into the depths of the ocean - never to resurface. By exploring the connection between father and son and man's inane desire for exploration we will look into what it means to transcend ourselves.

Using various analog methods such as miniature models, liquid light shows and inks to recreate the space scene, we will create a visual symphony of colour mimicking Niall's internal experience. We will also use an elaborate soundscape, using sounds from his body and past-the-harbour, to recreate his internal mechanisms.

You will have the opportunity to help a group of ambitious filmmakers create their final graduation film and have access to funding for this project to be realised.

If we reach our minimum target of £800, we will be able to start filming with the funding going to location and camera hire. If we reach our full target of £2,970, we will be able to afford a VFX artist, a professional space suit, as well as being able to afford better models and materials for the analogue shoot in the studio. The art department is incredibly important when it comes to maintaining the visual effects, and if the art department budget is too small, the film won't look as good as we have envisioned. The film is very technically and visually orientated, so any money to improve its aesthetic will be greatly appreciated!

We will provide updates on how the project is developing every week.

All risks involved in the creation of this film come down to budget. We fully believe in the crew's ability, it's just a matter of having the resources necessary to reach the aesthetic we want. Funding will allow us students to demonstrate our full creative potential, so please help us realise this project together!

Please help us succeed by donating and sharing this project with anyone you think would support us – on Twitter, Facebook, LinkedIn, by email, telephone, in a chat over the fence or on your blog. In fact, share it with everyone you know as we think it's a great idea, and the more people who know about it, the more likely we are to make this work out brilliantly. And we know we said you don't need to give money to help us, but we'd love it if you did! Please sponsor us and help make this happen.

Thank You Shoutout on Twitter/Facebook

PART OF THE CREW Executive producer credits if you fund £500 or more! Simply because we couldn't have done it without you.. as well as... Major+Minor prop Aditional A3 poster Sneak Preview of VFX A4 poster involving visual effects from the film Thank you credit on the film Shoutout on Twitter/Facebook